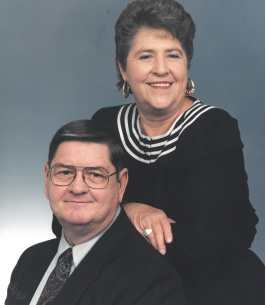 Funeral services for Johnny Robert Ard, 82, of Cleburne, Texas will be conducted at 10:00 A.M., Wednesday, December 30, 2020 in the Rosser Funeral Home Chapel. Burial will follow at Greenacres Memorial Park. Visitation for family and friends will be from 6-8:00 P.M., Tuesday, December 29, 2020 at Rosser Funeral Home in Cleburne.
Johnny Robert Ard passed away Thursday, December 24, 2020 in Cleburne. He was born October 18, 1938 to Ruby and William Edward Ard. On October 18, 1961 he married his sweetheart, Barbara Ann Kenny in Weatherford, Texas.
Mr. Ard served in the United States Navy and worked as a carman for the Santa Fe Railroad. He then went to work at Bell Helicopter as an aircraft assembler. He was a member of the Masonic Lodge No.315 and North Cleburne Baptist Church. Johnny was preceded in death by his parents; beloved wife, Barbara Ann Ard on March 5, 2020; sister, Cathy Vaco; and brother, Howard Ard.
Survivors include his three daughters, Belinda Grantges and Todd McFarland, Lisa Ard, and Valerie Patterson and husband, Lester, all of Cleburne; grandchildren, Caleb Grantges and wife, Katy, Emily Sebastian and husband, Bret and Isabell & Mia Patterson; great grandchildren, Caden, Molly Kate, Ty, and Jon Grady Grantges and Olivia Sebastian; brother, Roy Wayne Ard of Fort Worth; sister, Amy Louise Bushong of Cleburne; and a host of other relatives and friends.

To order memorial trees or send flowers to the family in memory of Johnny Robert Ard, please visit our flower store.