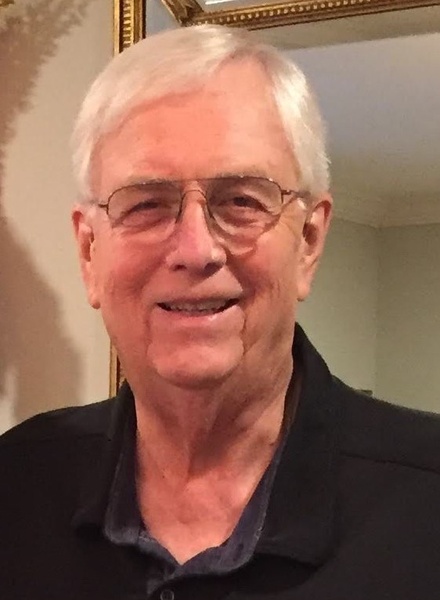 Arthur Lee “Rusty” Raines, MD, was born on December 4, 1940, and died on June 25, 2022. He was born in a teacherage near Malone in Hill County, Texas where his father, Harvey Raines, was the principal and his mother, Syble Davis Raines, taught first grade. When his father was drafted during WWII, he and his mother and sister moved to Buffalo, TX to be close to family.  After the war, they moved to the DFW metroplex. His high school years were spent in Keller, TX where he graduated in 1958 with 21 other seniors, the entire senior class of Keller High School at that time.  A Texas High School All Star Football Player, but gifted both academically and athletically, he decided to forgo a full academic scholarship to Baylor in favor of a football scholarship to SMU because they guaranteed the players a summer job somewhere in Texas and he was largely self-supporting.  Three weeks after graduation from SMU he married the former Katherine Pearcy of Little Rock, who was also graduating that year from SMU.

Majoring in Chemistry at SMU with a minor in Religion, he decided to go to medical school and promised to attend “the first one that accepts me.” This was the University of Texas Medical Branch in Galveston. After earning his MD degree, he and Katherine moved to Dallas for his internship and residency in Pathology at Baylor University Medical Center. He became Board Certified in both Clinical and Anatomic Pathology. Dr. Raines also held a master’s degree in Medical Management from the Tulane University School of Public Health and Tropical Medicine. In addition, he was a Certified Financial Planner and earned his securities and insurance licenses, education that helped him with certain business and civic responsibilities.

Immediately after completing his residency, he was drafted during the Vietnam War and became the Director of the Laboratory at the US Naval Hospital in Long Beach, CA. While in Long Beach, his first daughter, Emily, was born. The family returned to Texas, moving to Cleburne where his father was then minister of St. Mark’s United Methodist Church. His second daughter, Anna, was born after the family moved to Cleburne.  Dr. Raines took a position as Medical Director of the Laboratory at the old Johnson County Memorial Hospital, which later became Walls Regional Hospital and is now Texas Health Harris Methodist Hospital Cleburne. Pathology was his career choice because it allowed him to study every aspect of the human body.

During the first year Dr. Raines was in Cleburne, the GOEX hand grenade factory blew up and many people were burned. At the time of the explosion, as the only physician on site at the hospital, Dr. Raines became very aware of the lack of emergency services. The only ambulance was a converted station wagon with a driver who could only drive the patient as fast as possible to the hospital. Realizing the great need, Dr. Raines became committed to getting modern emergency services available. He went to Washington D.C. with a group from nine surrounding counties to try to get a grant for the needed improvements. The group was successful, and grants were secured.

With the grant money, equipment was purchased including the county’s first mobile intensive care unit. There were still no trained personnel, however, so Dr. Raines personally established a non-profit institute, the Rural Institute for Development and Education (RIDE). Students paid a fee for their study, but the remainder of the costs were paid personally by Dr. Raines. After the first EMT classes were complete, he then started classes for Paramedic certification. By 1984, responsibility for training was transferred to Hill College.

Shortly after arriving in Cleburne, Dr. Raines was appointed Chief Medical Examiner for Johnson County, replacing the old coroner system for the investigation of deaths. The responsibilities of the office constantly evolved to keep up with advancing technology, including DNA testing. In addition, Dr. Raines was asked to serve as Johnson County Health Officer and to be responsible for the health of all jail inmates, a responsibility that grew with the growth of the county and the resulting inmate population. When he started serving in this capacity, the old jail was still in use on Mill Street and when he retired from the position after more than 30 years, a new Johnson County Correctional Facility had been built and added on to, holding over 750 inmates.

Dr. Raines was an avid pilot and enjoyed flying several aircraft including his rebuilt WWII Stearman biplane. Always active in the community, Dr. Raines was a long-time member of Rotary International and served as President of the local Rotary 110, and as a member of Tuesday Forum, and the Johnson County Medical Society. He also served as Vice Chairman of the Texas State Board of Health. In addition, he was a longtime member of the First United Methodist Church of Cleburne where he held a number of positions of responsibility. A great joy was meeting with his Saturday morning “breakfast buddies” to discuss world events. He would of course tell anyone that his greatest joy was being “Dad” to his two daughters and later “Pop” to his two granddaughters, and according to his wife he was a “husband without peer, selfless, generous, fun-loving, always kind, and was without a doubt the smartest person she had ever met.”

He and Katherine retired to Dallas in 2012 to be close to their children and grandchildren and became members of Highland Park United Methodist Church.

Services will be held in Cox Chapel at Highland Park United Methodist Church on Thursday, July 14, 2022 at 3:00 pm.

To order memorial trees or send flowers to the family in memory of Arthur Lee "Rusty" Raines, MD, please visit our flower store.