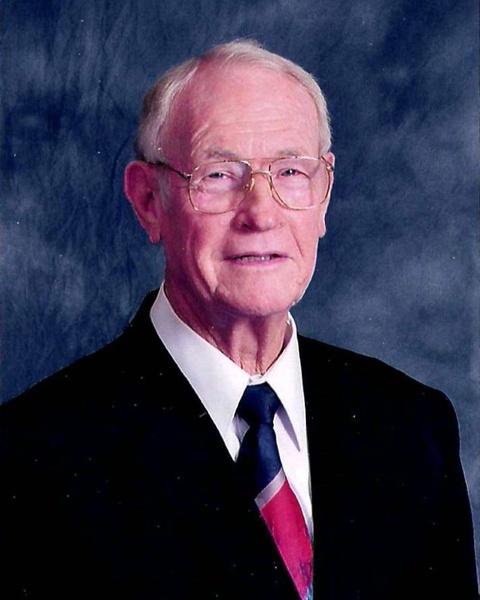 A funeral service for Arthur Earl Whitehead, 92, of Cleburne, Texas will be conducted at 10:00 A.M., Monday, September 19, 2022 in the Rosser Funeral Home Chapel. The Reverend Mike Adams will officiate. Burial will follow in George's Creek Cemetery.

Arthur Earl Whitehead passed away Thursday, September 15, 2022 in Cleburne. He was born October 16, 1929 in Cleburne to Maggie May (Easdon) and Lonnie Guston Whitehead. He graduated in 1948 from Cleburne High School. Earl joined the United States Marine Corp and served from 1952-1954, achieving the rank of Corporal.

Reverend Whitehead was the Pastor at George's Creek Baptist Church, starting in 1962 and retiring after 58 years. He also was an agent for American National Insurance Co. for 24 years; and then did general maintenance and cleaning for Cleburne National Bank, Field Street Baptist Church and United Presbyterian Church until retiring in 2013.

He served on the Board of Directors for Johnson County Camp Fire for 18 years and received the Gulik Award for "Outstanding Service to Camp Fire" and also served as Chaplain for Santa Fe School and Cleburne City Council, receiving the PTA award for "Distinguished Service Given to Children and Youth", the highest award given. Earl was a member of the Insurance Workers International Union, AFI-CLO for 25 years, serving in every office in the local organization, and a member of the Johnson County Labor Council, serving as Chaplain. He served on the Board of Directors for United Way and was a member of George's Creek Cemetery Association from 1992-2012.

Earl enjoyed woodworking, fixing, repairing and refurbishing things, sometimes milling his own parts, and gospel singings. He drove as much as 10,000 miles a year to sing gospel music at nursing homes, different churches and being MC for the gospel singing at George's Creek Baptist Church for 50 years.

To order memorial trees or send flowers to the family in memory of Arthur Earl Whitehead, please visit our flower store.