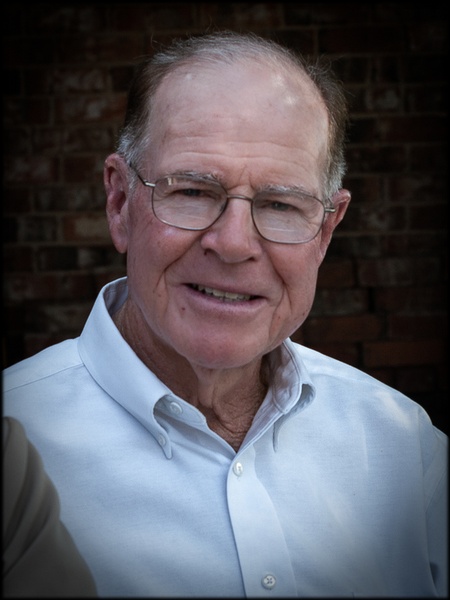 Funeral services for Sam Ball, Jr., 90, of Kerrville, Texas will be held at 3 p.m. Wednesday, April 6, 2022 in the Rosser Funeral Home Chapel with the Rev. Brian McClure officiating. A visitation for family and friends will be held from 2 – 3 p.m. prior to the service.
Burial will be held at 1 p.m. Thursday, April 7, 2022 in the Sweetwater Cemetery in Sweetwater, Texas.
Mr. Ball passed away April 4, 2022 in Kerrville, Texas. He was born on Galveston Island, Texas on May 6, 1931, the son of Catherine Reed (Davis) and Samuel Alfred Ball, Sr.
He enlisted in the Air Force at 18 where he was trained to service the technology that allowed bombers to accurately drop their bombs.
After his military service, Mr. Ball enrolled in and graduated from The University of Texas in Austin. It was there that he met Betty Swaim and they married in 1958.
After graduation from UT Mr. Ball was hired by General Dynamics in Ft. Worth to help create the programs that allowed the F-111 to be terrain following. The math that was needed was intense and at the time was done using slide rules. He was recognized by General Dynamics for his accomplishments when he was nominated for their yearly engineering award. His nomination was one of 5 in the entire company and the first time that a nomination for what became known as ‘software’ rather than advances in hardware was recognized. The end of that project coincided with the government layoffs that occurred in the early 1970s’.
He was laid off and started Panther Aviation in 1973 in Cleburne, TX. He ran a flight school, chartered flights, was a licensed A&P mechanic, sold gas, rented hangar space and became a federally designated pilot examiner. His wife Betty joined him in the business soon after it started. That business became Cleburne Aviation and ran successfully until Betty passed in 2014, when Sam was overcome by mental illness. He was committed to Kerrville State Hospital and remained in Kerrville until his passing.
He was preceded in death by his parents; wife, Betty Ann (Swaim) Ball; and sister, Gloria Ball Newsom.
Mr. Ball is survived by his children, Beverly Fox, Teresa Ball-Smith and Stephen Ball; grandchildren, Olivia Fox, Austin Fox, and Wyatt Smith; sister-in-law, Betty Lou Swaim; and a host of other relatives and friends.

To order memorial trees or send flowers to the family in memory of Sam Ball, please visit our flower store.