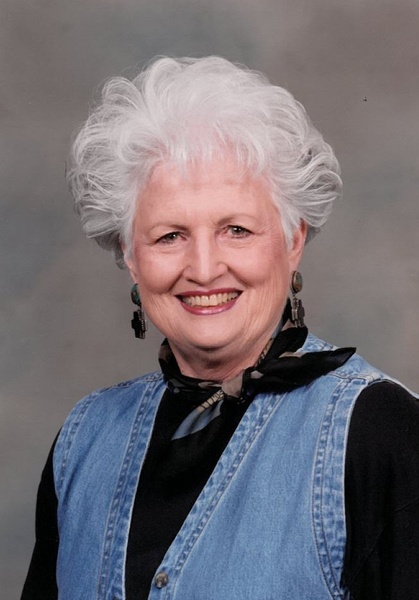 Memorial services for Barbara B. Jones, 87, of Cleburne, Texas will be conducted at 10 a.m. Thursday, May 12, 2022 at the United Presbyterian Church of Cleburne.

Barbara passed away Monday, May 9, 2022 in Fort Worth, Texas. She was born in Cleburne on May 8, 1935, the daughter of Ollie McClendon Bridges and Oliver A. Bridges. She lived all of her life in Cleburne with the exception of the early years of her marriage.

Barbara married Ted Jones on August 14, 1954 in Cleburne. She was a homemaker and was a member of United Presbyterian Church for most of her lifetime. Barbara loved her church, knew her Lord and Savior, and shared her love for Jesus with others by not only her words but her actions.

Barbara loved her children fiercely and her grandchildren even more. Then came her great-grandchildren and her love was limitless.

Besides church, her other passion was Bridge. She played duplicate bridge and party bridge for her entire life. Through this passion she made many close friends.

Barbara had a servant's heart and did so much for so many. We will miss her cooking, her gifts, her laugh, and most of all her love.

Barbara was preceded in death by her parents; grandson, Oran Jones; and brother, Jim Bridges.

To order memorial trees or send flowers to the family in memory of Barbara Jones, please visit our flower store.