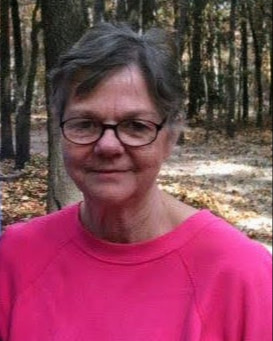 She was born in Superior, Wisconsin on April 29, 1946 to parents, Albert and
Aplhild Edlund.

Barb was a daddy’s girl. She grew up in Poplar, Wisconsin and was the youngest of seven siblings who included five brothers: Bob, Dick, Jerry, Ronny, Donny, and one sister: Shirley.

She was known by everyone who met her as the sweetest and kindest person ever.
Barb married the love of her life, Dennis Miller, on July 5, 1969, recently celebrating 53 years of marriage. The world has never known a couple more in love. Barb thought Denny’s jokes were funny, and he adored her. They spent their honeymoon in Yellowstone National Park.

Barb and Denny moved to Minneapolis where they had three daughters, Lori, Brenda, and Roxi.

In the 1980s, Barb, Denny and the girls moved to Texas where they
continued their journey as a family. Barb longed for the outdoors, so they bought a cabin in Hawkins, Texas in the early 2000s where they made trails, cared for her plants, and watched the grandkids play under the whispering pines of East Texas.

Her famous googoo bars are legendary, and her patience and love for her husband, daughters, and grandkids was unmatched. She was a loving wife, the best mother ever, and an amazing grandmother. She loved spending time with her family, cooking, being outdoors, and caring for her plants. She was always so thoughtful and was the most genuine person we knew.
She kept up with what everyone was doing and was their biggest cheerleader.

Barb was preceded in death by her parents, Albert and Aplhild Edlund; brothers,
Bob Edlund and Donny Edlund; and daughter Lori Lynn Howell.

To order memorial trees or send flowers to the family in memory of Barbara Anne Miller, please visit our flower store.