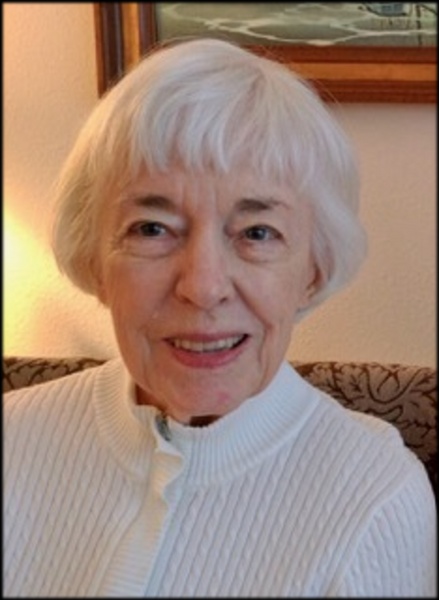 Patsy Jane Hamilton Bartley, 93, passed away peacefully on April 5, 2022, in Cleburne, Texas. Courageous, quick-witted, and fiercely independent, Patsy will be forever remembered as an inspiring model of strength and determination. In the last decade of her life alone, she lived through a hurricane and lost her home to a house fire; nursed her husband in his declining years; and survived multiple major medical crises of her own. Through it all, Patsy retained her remarkable sense of humor and her strong will to carry on. She woke up every morning ready to make the most of her day.

Born on Dec. 5, 1928, Patsy – known as Pat to many – spent her early years in Morgantown, Indiana, until moving with her family to nearby Columbus just before her 14th birthday. She was always a quick student, and in elementary school, her teachers recommended she skip a grade despite her December birthday. When she entered Indiana University on her high school’s largest scholarship, she was just 16 years old. At IU, she earned a Bachelor’s in English with a minor in Latin, was elected president of Alpha Delta Pi sorority, and, most importantly, found the love of her life, Dick Bartley.

The two met on a blind date, and Dick later recalled that he immediately knew she was special. Yes, she was smart, funny, and beautiful, but he’d also never met a girl who spoke her mind so easily or so quickly. Their marriage in 1950, shortly after graduation, began a 67-year adventure that took them from Kentucky to Massachusetts, Colorado, Kansas, and Pennsylvania, before leading them to Houston, Texas, where they lived for 46 years. After Hurricane Harvey in 2017, she and Dick moved to Cleburne to be closer to their son, Rick.

Although Patsy taught high school and third grade immediately after college, most of her life was spent supporting her husband and three children during their many moves. It was a job at which she excelled. After serving as a commissioned officer with the U.S. Air Force, Dick moved into the private sector, spending most of his professional career at Gulf Oil, where he retired as Senior Vice President of Gulf Oil Chemicals-U.S. Operations.

As an empty-nester, Patsy renewed her life-long interest in reading and books first by working in several Houston-area bookstores, then by volunteering at a neighborhood branch of the Houston Public Library. She loved gardening, crossword puzzles, and was an absolute whiz at Scrabble. But most of all, Patsy loved learning. Infinitely curious, she never passed up the opportunity to try something new, whether a new hobby, a new food or recipe, or even a new technology. In her 80s, she decided to teach herself how to program computers, studying from “Computers for Dummies” (though she certainly did not qualify as one).

The eldest child of John Edward and Gracia Simons Hamilton, Patsy also was preceded in death by her husband, Dick, who died in 2017. She is survived by her three children: Diane Connolly (Patrick) of Nashville, Tennessee; Patricia Dunn-Rankin (Dean) of Irvine, California, and Richard Bartley (Rita Papajohn) of Cleburne, Texas; her sister and brother-in-law, Helen and Bob Scroggins of Columbus, Indiana; grandchildren: Eric and Evan Beiter; Paige Schwartz (Jordan), Drew Dunn-Rankin, and Ryan Bartley; and a host of relatives and dear friends. Her younger brother, Morrie Ed, preceded her in death.

A private family gathering to celebrate Patsy’s life will be held in Bloomington, Indiana, with interment to follow at historic Rose Hill. In lieu of flowers, donations can be made to either: CurePSP at 1216 Broadway, 2nd Floor, New York, NY 1000, or online at psp.org/iwanttohelp/ways-to-give/. Rosser Funeral Home in Cleburne is handling arrangements; photos and memories may be shared online with family and friends at www.rosserfuneralhome.net.

The family wants to especially thank the staff at Bristol Park-Cleburne, where Patsy lived for the past four years, as well as the dedicated caregivers at HCA/The Key. Special thanks, too, to her loyal friends, Haley Lewis of Joshua, and Mary Schubert of Cleburne, who helped keep that amazing twinkle in her eye.

To order memorial trees or send flowers to the family in memory of Patsy Bartley, please visit our flower store.