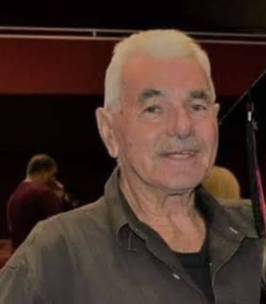 Graveside services for Freddie Joe Batson, 72, of Cleburne, Texas will be conducted at 10 a.m. Thursday, June 24, 2021 at Rosehill Cemetery. Mr. Batson will lay in state but there isn’t a formal visitation set.
Mr. Batson passed away Monday, June 21, 2021 in Cleburne. He was born in Cleburne on December 29, 1948, to Jo Doris (Stafford) and Fred Batson.
Mr. Batson served his country in the United States Army. He was a baker at Sweet Imaginations in Burleson, Texas and was a member of the Keene Seventh-day Adventist Church.
Mr. Batson was preceded in death by his parents.
He is survived by his daughters, Shelia Batson, Brooke Batson, and Brandy Batson all of Cleburne; sister, Rebecca Stankiewicz; grandchildren, Patricia Courtney, Tyler Hale, Hannah Hale, Kendell Whitehead, and Kaylah Whithead; great grandchildren, Courtney, Carter, and Wrenley; and other family members and friends.
To order memorial trees or send flowers to the family in memory of Freddie Joe Batson, please visit our flower store.