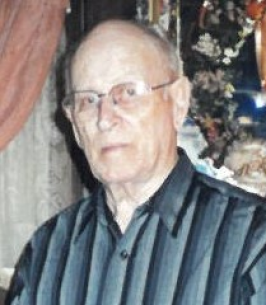 Graveside services for Robert Wade Battles, 93, of Cleburne, Texas will be conducted at 11 a.m. Monday, June 29, 2020 at Rosehill Cemetery with Pastor Michael Musante officiating.
A visitation for family and friends will be held from 6 – 8 p.m. Sunday, June 28, 2020 at Rosser Funeral Home.
Mr. Battles passed away Tuesday, June 23, 2020 at his home. He was born in Wilson, Oklahoma on June 15, 1927, the son of Claudia (Lindsay) and Walter Battles.
Mr. Battles served his country in the United States Navy. He was a retired long-haul driver and was a member of Cleburne Seventh-day Adventist Church.
Mr. Battles was preceded in death by his parents; wife, Jeanne Battles in July 2019; daughters, Sherri Battles in 1992 and Tiffany Murdick in 2010; sisters, Nadine Shearing and Mavanell Fisher; and brothers, Charlie Battles and Dennis Battles.
He is survived by his daughters, Patsie Irish of Joshua, Texas and Pamela Holland and husband, Hugh, of Cleburne; brother, Norman Battles of Oklahoma City, Oklahoma; sisters, Ginger Spencer and husband, Jerry, and Vicki Powell and husband, Dale, all of Durant, Oklahoma; grandchildren, Tracy Alvarado, Travis Irish, Wade Battles, Tim Irish, and Eston Battles; numerous great and great-great grandchildren, and a host of other relatives and friends.
To order memorial trees or send flowers to the family in memory of Robert Wade Battles, please visit our flower store.