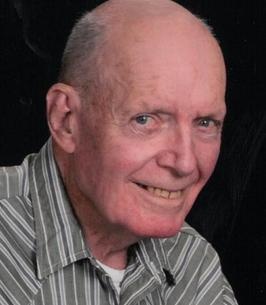 A memorial service for Charles Frank Bell, Jr., 81, of Godley, Texas, will be conducted at 11 a.m. Saturday, December 8, 2018 in the Rosser Funeral Home Chapel.
“Charlie”, as he was known to family and friends, died Tuesday, December 4, 2018 in Fort Worth, Texas. He was born in Dallas, Texas on March 18, 1937, to Charles and Jean (LeGrand) Bell. Charlie graduated from Garland High School and Arlington State College. He began his early work years as a veterinary tech. Charles then worked 28 years with Bell Helicopter. After living in Southlake, Texas for many years, he retired to Godley.
Charlie was quiet and reserved, but he took pleasure in the simple routines of meeting people. His friendships were with bank tellers, local stores and cashiers at the pharmacy.
He was a connoisseur of foods and enjoyed talking about the times he judged chili cook-offs. Having won his own pie champion title, Charlie loved making his recipes and sharing with family and friends, including the staff at the Star-Telegram.
He was a history buff at heart. Charlie spent time reading his many books on American and Texas history and was always quick to note historical dates and facts. He would have loved to have lived during the pioneer days. Charlie enjoyed woodworking and blacksmithing. He enjoyed the retelling of his family history and keeping records of family genealogy.
Charlie was preceded in death by his parents and his beloved grannie, Lillian LeGrand.
He is survived by his wife, of 57 years, Elaine Shaw Bell; sons, James Edward Bell and John Wesley Bell; daughters, Rebecca Keever and spouse, Steve, Cynthia Howell and spouse, Robin, Sarah Kostroun and spouse, Chip, and Laura Ortegon; 10 grandchildren; one great grandchild; sister-in-law and brother-in-law, Lynda and Charles Shipman; and cousin, Mary Bill Royder.
We will surely miss him as does his most beloved four-legged friend, Jack.
The family offers special thanks to the staff at All Saints Hospital for their professional and loving care.
To order memorial trees or send flowers to the family in memory of Charles Frank Bell Jr., please visit our flower store.