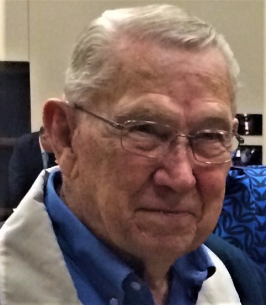 Thomas (Tom) Alfred Benke, 86, went to be with his Lord and Savior peacefully on Sunday, February 7, 2021 at his home in Cleburne, Texas, surrounded by family.

Thomas was born on August 9, 1934 in Chicago, Illinois to Alfred and Florence Benke. Thomas attended SMU, where he met his wife of 59 years, Virginia, while working in her sorority house. They lived in Dallas, Texas for 50 years before retiring to Cleburne.

Tom was an Aerospace Engineer with LTV. After retiring from there, he went on to be a project engineer with the Super Collider in Waxahachie. Upon moving to Cleburne, Tom went to work at his son’s medical practice driving a mobile hearing unit conducting hearing tests until the age of 80. After his wife’s passing in 2017, Tom became a member of the Thunderbirds RC Club. He enjoyed building RC airplanes and loved flying them with the club out at Benbrook Lake.

Tom was an active member of Field Street Baptist Church. He was a leader in the AWANA program as a listener for the 2nd grade. Tom was a devoted student of the Bible and his faith in Jesus Christ was the guiding principle of his life.

Tom was preceded in death by his wife, Virginia. He is survived by his sisters, Donna Hakos and Gail Pilkington; sons, Theodore Benke and wife, Maureen; Timothy Benke and wife, Katie Rennie; daughter, Ginna Benke; his grandchildren, great grandchildren, and a host of family and friends who will miss him dearly.