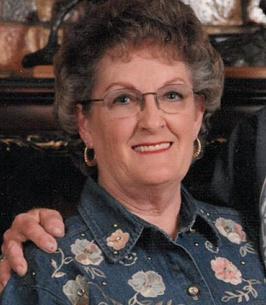 Carolyn Marie (Rowland) Bilberry went to rest in the arms of the Lord on Saturday, January 19, 2019, surrounded by her loving family.
Funeral services will be held on Wednesday, January 23, 2019 at 1:00 p.m. in the Rosser Funeral Home Chapel in Cleburne with burial to follow at Rosehill Cemetery in Cleburne. A visitation will be held from 5 – 7:00 P.M., Tuesday, at Rosser Funeral Home.
Carolyn was born July 26, 1936 to Marvin and Lois Rowland in Breckenridge. She graduated Cleburne High School at age 16 and married Roy Dean Bilberry on June 26, 1953. They lived in Fort Worth and had two sons, Bob and Greg. The family moved to Graham, Texas in 1964, as owners of The Graham News. While in Graham, Carolyn was president of Beta Sigma Phi and the Jaycees Wives Club. Starting in 1975, Roy and Carolyn lived in Fort Worth and Cleburne areas. Carolyn worked beside Roy as they owned newspapers, magazines, printing companies, traveling art sales, and an art gallery. She worked for American Airlines Credit Union for 10 years and was a member of Southside Church of Christ. Carolyn was preceded in death by her parents and brother, Kenneth Rowland.
She is survived by her loving husband of over 65 years, Roy Bilberry; son, Bob Bilberry and wife Sherry; son, Greg Bilberry and wife Camilla Madden; brother, Bill Rowland and wife Holly; grandchildren, Robert Bilberry Jr. and wife Kristina Higgins, Brennan Bilberry and partner Tarak Shah, Katie Cantu and husband Andy; great grandchildren, Evie Bilberry, Isla Cantu and Emerson Bilberry; sisters-in-law, Judith Newkirk and Margaret Davis and husband Gregg; and numerous other relatives and friends.
To order memorial trees or send flowers to the family in memory of Carolyn Marie Bilberry (Rowland), please visit our flower store.