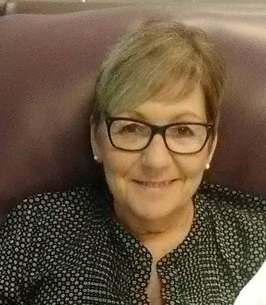 A memorial service for Sheila (Shelly) Denise Bird will be held at 2:30 P.M. Sunday, December 8, 2019 at the Lane Prairie Baptist Church Welcome Center in Joshua, Texas. A potluck dinner will be served for everyone after the service.

She died peacefully on Thursday, November 28, 2019 at her home in Joshua and was born on October 22, 1954 in Baltimore, Maryland to Thomas and Dorcas Ezell.

After moving to Texas, Shelly met Alan Bird. They married on February 9, 1973 and later had two children, John and Erin Bird.

The Bird family moved to Joshua, Texas in 1980. Mrs. Bird was well known in the community through her involvement at the school, from organizing and helping with kindergarten class parties to planning and going on senior trips, and everything in between. John and Erin’s friends were always welcomed in the Bird house, and Mrs. Bird considered many of them her own.

Mrs. Bird worked in the Joshua High School cafeteria for many years. She loved and was loved by her co-workers and the students who came through her line. She also worked as the Elementary School secretary, and later at Mountain Valley Child Development Center.

Mrs. Bird was preceded in death by her parents, Thomas and Dorcas Ezell and her step-father, John Baker.

Mrs. Bird is survived by her husband, Alan of Joshua; her sister, Tomi Ezell of Hitchcock, Texas; her aunt, Drema Davidson of Magnolia; her mother-in-law, Vera Bird of Cleburne; her two children, John Bird and wife Amanda of Eastland and Erin Bird and Alex Rodriguez of Joshua; and six grandchildren: Lane Gregory and wife Julia of Joshua, Bonnie, Lily, and Ben Bird of Eastland, and Ollie and Milo Rodriguez of Joshua.
To order memorial trees or send flowers to the family in memory of Sheila (Shelly) Denise Bird (Ezell), please visit our flower store.