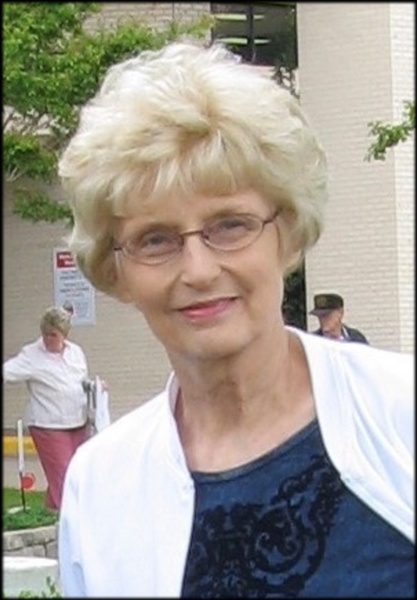 Vernelda Louise Johnson Bischoff of Keene, TX, passed away on Monday, January 17 at 77 years of age.

Vernelda was born the beloved daughter to Helen L. (Cornell) and Kimber D. Johnson in Corpus Christi, Texas, April 14, 1944. As the daughter of a pastor, Vernelda moved several times in her young life, spending time in Ft. Worth, TX, Orlando, FL, Minneapolis, MN, and Jamestown, ND. During college at Union College in Lincoln, NE, she met the love of her life, Robert W. Bischoff. They were married in Des Moines, IA, on July 6, 1965. They had many joys during their 56 year marriage, including two children, Traci and Robbie, daughter and son.

Vernelda worked as a secretary for close to 50 years. The first 30 years were spent working in the family business, Keene Pharmaceuticals, as the office manager and overall office coordinator. For the last 17 years, she was the secretary to Dr. Nancy Kimbrow, in Keene. She was loved by her co-workers and the patients alike.

Vernelda was an active member of the Keene Seventh-Day Adventist Church: leading out in her children’s sabbath school classes, participating as a deaconess, and in recent years leading her own sabbath school lesson study group. She was an active mother, participating in all school activities and supporting her children. She was blessed with an extra dose of patience and understanding. This was noted by all who knew her and she was generous with this not only with her children but also with her husband Robert. In recent years, some of her greatest joy was her two grandsons, Colton and Landon.

Vernelda loved spending each summer vacation at the beach. Family trips ranged from camping right on the beach, in tents and pop-up trailers, to renting a condominium or hotel in different beach locations. Sun and sand were definitely her “happy“ place.

Vernelda is preceded in death by her father Kimber D. Johnson, her mother Helen L. Johnson, and one brother Kim Johnson. She is survived by her husband of 56 years, Robert W. Bischoff of Keene, her son Robbie Bischoff of Seattle WA. and her daughter Traci Barker and husband Kiff Barker, their children Colton and Landon of Texarkana, TX. She is also survived by a brother Edmond Johnson and his wife Naomi Johnson of Great Bend Ks and a sister-in-law Lowene Rosendahl, of Bethesda, MD. She is survived by sister-in-law & brother-in-law Barbara and John Koobs of Keene, TX, and sister-in-law Juanita Ballew of Keene, TX. She is also survived by several nieces and nephews, family and friends whom she adored.

A memorial service will be held on Sunday, January 23rd, at 11:00 a.m. with James Winegardner officiating.


To order memorial trees or send flowers to the family in memory of Vernelda Bischoff, please visit our flower store.