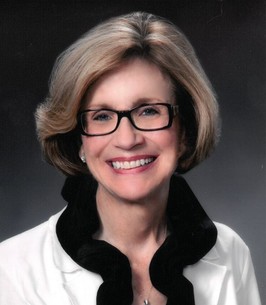 Barbara Bedsworth Boulware died at her home on February 7, 2020. She was born in Fort Worth, Texas on October 16, 1946, the daughter of Dorothy (Hood) and William Bedsworth.
She attended Texas Wesleyan University, where she earned a bachelor’s degree in education and met Dan Mahanay Boulware, who she married on August 24, 1968 in Fort Worth.
Barbara was an elementary school teacher for many years, and in Cleburne for most of her tenure in the teaching profession.
She attended the First United Methodist Church of Cleburne where she was an active member of the Alter Guild, worshiped with Cornerstone Sunday School, and contributed to youth programming for over four decades.
Barbara also held numerous leadership positions at the local, state, national, and international levels within the International Order of the King’s Daughters and Sons, a Christian service organization.
She was very active in civic duties in the community, serving in many capacities as a leader such as being President of the Heritage Assembly.
Barbara loved music, and most recently she was active in the Beta Kappa Chapter of the Sigma Alpha Iota International Music Fraternity.
She is preceded in death by her parents and husband, Dan.
Barbara is survived by her children, Robert Boulware, Kathleen Boulware Kyzar and husband, Chad, and Charles Boulware and wife, Jane Erwin, all of Fort Worth; grandchildren, Claire and Andrew Kyzar, Charlie and Josephine Boulware, and Mahanay Boulware; brother, Art Bedsworth and wife, Angie, of Millersburg, Missouri; sister, Donna Duffey of Lee’s Summit, Missouri; numerous cousins, nieces, and nephews; and many friends.
Funeral services will be conducted at 10 a.m. Tuesday, February 11, 2020 at the First United Methodist Church of Cleburne. The Rev. Daniel Hawkins will officiate. Burial will follow in Rosehill Cemetery.
A visitation for family and friends will be held from 6 – 8 p.m. Monday, February 10, 2020 at Rosser Funeral Home.
In lieu of flowers, memorials may be made to First United Methodist Church, 1300 W. Westhill Drive, Cleburne, TX 76033.
To order memorial trees or send flowers to the family in memory of Barbara Boulware (Bedsworth), please visit our flower store.