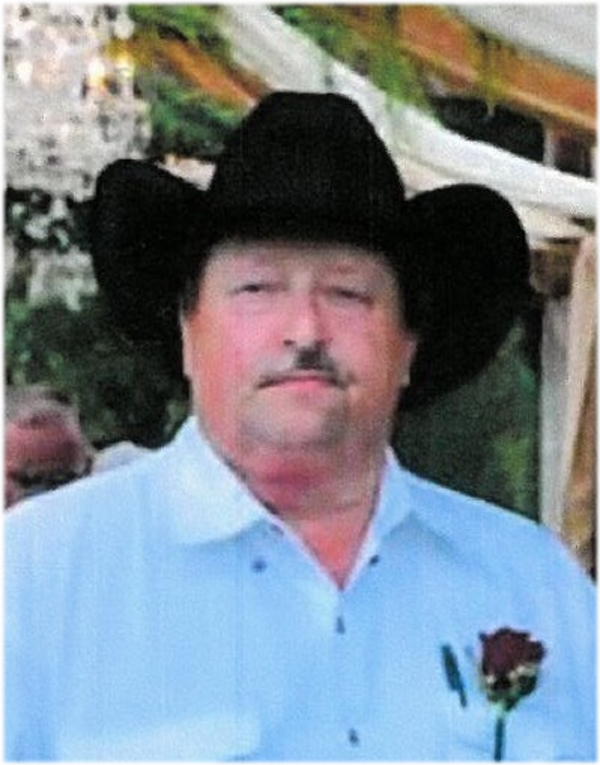 Graveside services for Johnny Dale Buckaloo, 66, of Rio Vista, will be conducted at 2 p.m. Friday, January 28, 2022 at Brad Cemetery near Strawn, Texas. Chaplain Timothy Mayfield will officiate.
A visitation for family and friends will be held from 6 – 8 p.m. Thursday, January 27, 2022 at Rosser Funeral Home.
Johnny passed away January 23, 2022, in Fort Worth, Texas.
He was born November 30, 1955 to George and Vera (Clay) Buckaloo in Odessa, Texas.
Johnny graduated from Blum High School in May of 1974. After he graduated, he married Judy Campbell and to this union two children were born, Jeanna Janelle and Jamie Lee.
Johnny worked for Shorty Halbert and briefly at Brown & Root during this time. On August 26, 1982, he was united in marriage to Clara Jo (Wilfong) Buckaloo where he gained an additional seven children that he took in as his own. Johnny and Jo remained by each other’s side for 39 years and up to his passing.
They met at John’s Manville where they were both employed, and Johnny worked as a Machine Chief and Supervisor. After he retired, he spent his time farming and raising cattle. He enjoyed spending time with his children, grandchildren and great-grandchildren.
Johnny was preceded in death by his father, George Buckaloo; sons, Jim Bob Simpson and Byron Wade Simpson; grandson, Joshua Beau Simpson; brother, George (Pete) Buckaloo; and nephew, Trucky Arthur Dale Buckaloo.
Johnny is survived by his mother, Vera (Clay) Buckaloo of Cleburne, Texas; his wife, Clara Jo (Wilfong) Buckaloo of Rio Vista; his children, Jo Rogers of Granbury, Texas, Paula Vidaurri and husband, Mike, of White Settlement, Texas; Brian Simpson and wife, Christine, of Grandview, Texas; Cassy Snetzer of The Colony, Texas, Jeanna Hartman and husband, Kelly, of Shawnee, Oklahoma, Heather Friermood and husband, Brad, of Rio Vista, and Jamie Buckaloo of Las Vegas, Nevada; his siblings, Susie Mayfield of Odessa, Ronny Buckaloo and wife, Mary, of Blum, Texas, Vickie McCready and husband, Mike, and Debbie Robinson and husband, Johnny, all of Cleburne, Texas; 19 grandchildren and nine great-grandchildren.

To order memorial trees or send flowers to the family in memory of Johnny Buckaloo, please visit our flower store.