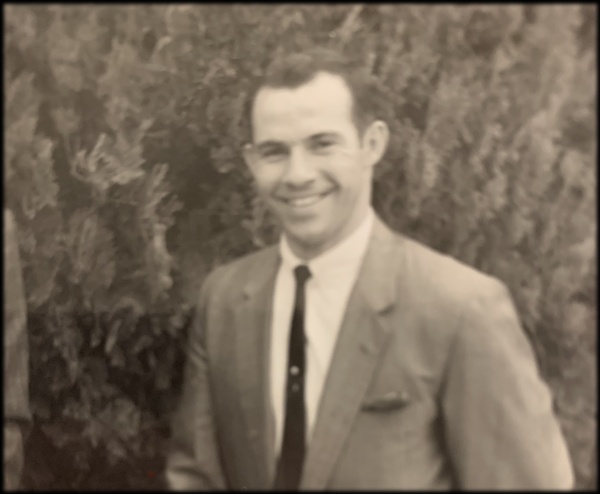 Funeral services for Joseph Evans Burkins, Jr., 81, of Burleson, Texas will be conducted at 11 a.m. Friday, February 11, 2022, in the Rosser Funeral Home Chapel with Pastor Phill Brown officiating.
Interment will be held at 2 p.m. Tuesday, February 15, 2022, at Moore Cemetery in Arlington, Texas.
A visitation will be held from 6 – 8 p.m. Thursday, February 10, 2022, at Rosser Funeral Home.
Joseph Burkins, Jr. passed away Sunday, February 6, 2022, in Fort Worth, Texas. He was born in Baltimore, Maryland on August 30, 1940, the son of Miriam Louis (Pierce) and Joseph Evans Burkins, Sr.
Joseph proudly served his country in the United States Air Force.
He married Beverly Ann Cagle on January 31, 1962, in Phoenix, Arizona.
Joseph was a retired electrician with General Motors and was a member of The Uprising Church.
He is preceded in death by his parents.
Joseph is survived by his wife of 60 years, Beverly Burkins of Burleson; son, Gary Burkins of Crowley; daughter, Charita Calveth of Phoenix; brothers, Charlie Burkins and wife, Lynn, of Glen Rose, Texas and Paul Burkins of Fort Worth; sisters, Ann Stulce of Mansfield, Texas; grandchildren, Jason, Alex, Ryan, Thaxston, and Kingston; and great grandchildren, Genesis, Porter, Journey, and Campbell; and a host of other family members and friends.

To order memorial trees or send flowers to the family in memory of Joseph Burkins Jr, please visit our flower store.