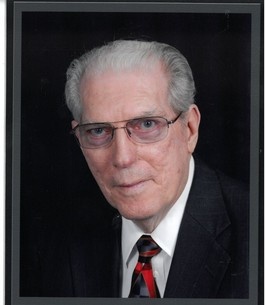 Harvey James Byram, husband of Carolyn and father of Willard, passed to his rest on February 8, 2020, in Keene, Texas. Born on June 18, 1936, in Decker Township, Richmond County, Illinois, he spent over 55 years in service as an Educator and Charitable Planned Giving & Trust Services Director for the Seventh-day Adventist Church. Harvey and Carolyn were married July 14, 1957, in Lafayette, Indiana, after becoming high school sweethearts at Indiana Academy. They committed their lives to each other and to the Lord, never dreaming of where life would take them.

After graduating from Emmanuel Missionary College (now Andrews University), they served as teachers for nine years in Indiana before Harvey accepted a position as Principal of Dallas Junior Academy in Texas. From there they moved to Jefferson Academy, then to Mile High Academy in Denver, Colorado and, finally, to Highland View Academy in Hagerstown, Maryland. In 1983, while at Highland View, Harvey was ordained to the gospel ministry.

In 1987 Harvey made the transition to Planned Giving & Trust Services. Once his training and certification were completed, he became the Director for the Iowa-Missouri Conference, followed by a move back to Texas to serve as Director for the Southwestern Union Conference. After retiring, his life of service continued as he worked part-time leading the Planned Giving Department for Southwestern Adventist University.

It was during their years in Indiana that two sons were added to the family. Wesley Jay Byram on May 13, 1964, and Willard James Byram on September 8, 1965. Harvey was a loving and involved father and the boys brought him great joy.

Harvey was preceded in death by his parents, Robert & Beatrice Byram; a brother, Robert; sister, Geneva Trazesser; and son, Wesley. He is survived by his wife of 62 years, Carolyn Joy (Titus) Byram, of Cleburne, Texas; his son, Willard James Byram, of Hagerstown Maryland; grandson, Justin Willard Byram, of Middletown, Maryland; and a host of nieces, nephews, and friends.

To order memorial trees or send flowers to the family in memory of Harvey James Byram, please visit our flower store.