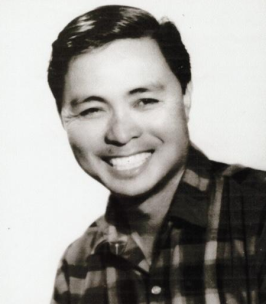 Alberto Jr. was born in Zambuanga, Philippines, on August 11, 1926, the son of Pacita (Marigomen) and Alberto Cabardo, Sr. He completed
elementary and academy in Mindanao, and attended Philippine Union College. On March 26, 1957, Alberto Jr. married Caridad Borromeo in Sarrat, Ilocos Norte, Philippines. He was blessed with five children whom he loved dearly and raised them to love and respect the Lord.

Alberto Jr. was active in church, including singing in choirs, male quartets, and family groups; delivered sermons, and became a leader in Pathfinders, a youth club. He enjoyed gardening and tree planting. As a sculptor, he was commissioned to do projects both in the Philippines and the USA. An entrepreneur, he became the inventor of a periodontal powder that was patented and used by dentists worldwide. He was awarded the "New Product Award" by the Inventors Club of America on Oct. 11, 1990.

To order memorial trees or send flowers to the family in memory of Alberto Marigomen Cabardo Jr., please visit our flower store.