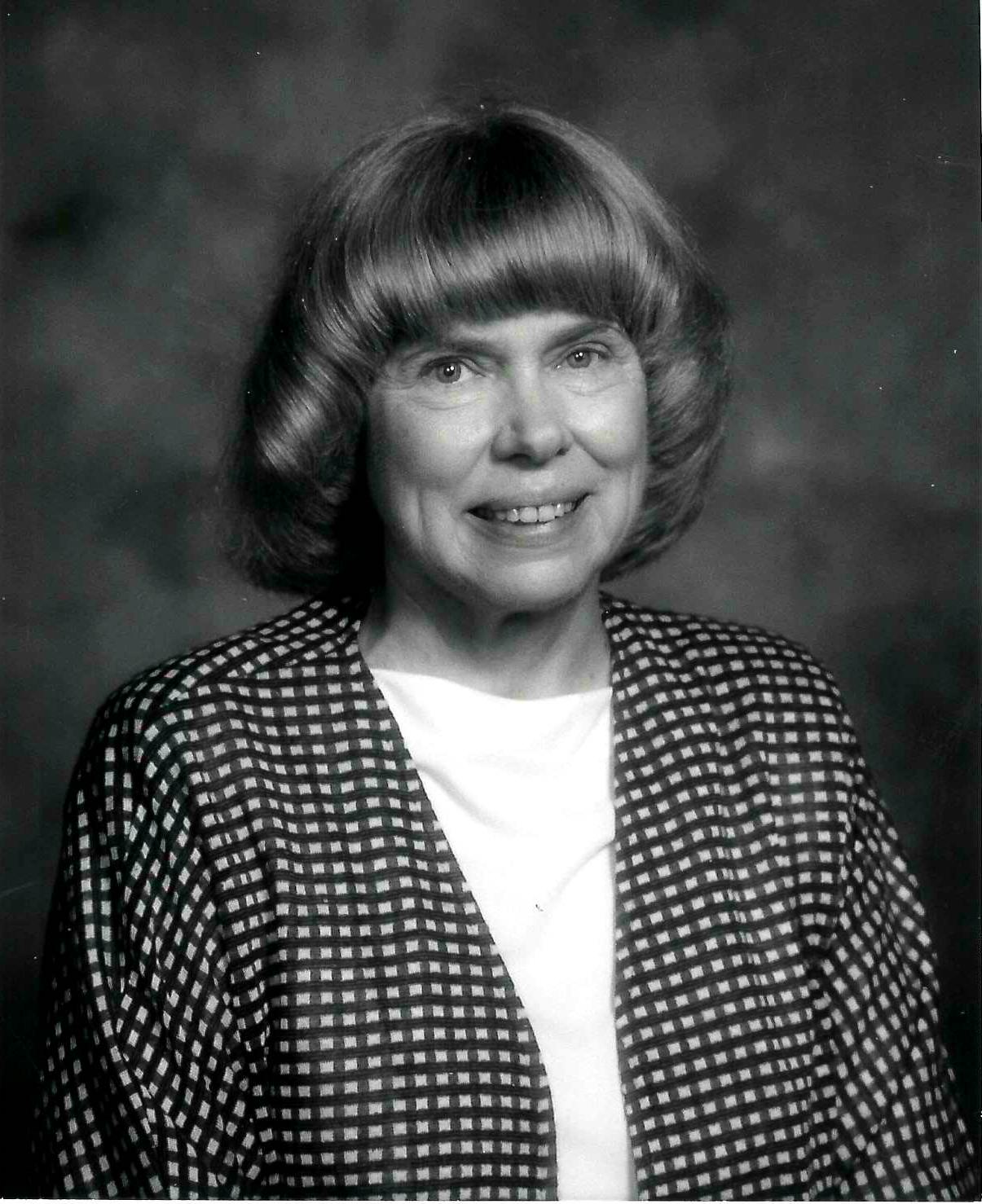 Carol Bernice Sample, the only child of Carl and Gertie Larsen Kvinge, was born on August 2, 1924, in Watertown, South Dakota, and fell asleep in Jesus on Tuesday, November 1, 2022 in Keene, Texas. Carol grew up in Watertown, graduated from high school in 1942, and left immediately for Southwestern Junior College where she worked for seventeen cents an hour to build up credit for the fall term.

Texas was a long trip away and the encouragement of Pastor and Mrs. James Rhoads played an important role in her decision to attend Southwestern where she found others among the faculty who influenced her life significantly: "uncle" Earl Hall, Marie Anderson, and President H. H. Hamilton. Many years later she would return to Keene as chair person of the English department at Southwestern Union College during its first year as a senior college.

Graduating from Union College with An English major in 1947, Carol credits her interest in literature and writing to Lessie Culpepper Hagen (Union College) and her high school English teacher Florence Bruhn who encouraged her to write for school and church publications. Of special interest was her re-writing O'Henry's "Gift of the Magi" into drama from which her senior class enacted for school assembly during the Christmas season.

In 1947 Carol began her teaching career in Texas teaching at Jefferson and Valley Grande Academies and the church school in Baytown. After a move back to South Dakota in 1953 she taught at Pierre Junior High School and later worked as a secretary to the President of the South Dakota Conference of the Seventh-day Adventists, Elder O. T. Garner. However, her first love was teaching, and she had always cherished the hope of becoming a college English teacher, so when the opportunity at attend graduate school presented itself, she took advantage of it and earned her M. A. at East Tennessee University in 1962. The following year she taught English at Spencerville Junior Academy in Maryland.

One wintery day when the roads were to precarious to make the trip from Tacoma Park to Spencerville, Carol made an appointment with her Union College mentor, Dr. Winton Beaven, and applied for a job teaching English at Columbia Union College. Dr. Beaven, the Academic dean at the time, had just lost an English teacher and wanted to hire her immediately. The next four years, 1963-1967, she taught at Columbia Union College and attended the University of Maryland on a part time basis.

In the fall of 1967 Carol came back to Keene as an English department chair, and the following year she began graduate work at Texas Christian University where she received her PhD in 1975. Having attained her doctorate, she was eager to pursue other areas of interest related to literature so she began taking classes in religion, psychology, and art and music appreciation. One day Irene Roth, assistant registrar, said to her "You know you have almost enough hours to graduate from SAC." Subsequently, in 1983 she graduated with a B.A. in religion from Southwestern Adventist University-the same year her son, Robert, graduated with a B.S. in business administration.

The year of her retirement the students dedicated the 1989-90 MIZPAH to her. The last paragraph of the dedication reads as follows and is an expression of Carol's own goals as a teacher: "Most of all, we will remember how your love of Christ and your desire to share that love shines through everything you do. You are the picture that comes to our minds when Chaucer describes a person that 'gladly would he learn and gladly teach.' We thank you for sharing your joy of living, learning, and teaching with us, Dr. Carol Sample."

In 1992 the college board granted her Professor Emeritus status and in 1993 she was one of four alumni chosen for the Hall of Fame by the Alumni Association. Her name also appears in the eleventh edition of WHO'S WHO OF AMERICAN WOMEN.

During her entire life spiritual growth and service to the church had always been high priorities, and she considered the opportunities she had to serve in her various local congregations as high privileges. Among the offices she filled where she held memberships were Cradle Roll-Kindergarten leader, Missionary Volunteer leader, Sabbath School Secretary, Sabbath School Superintendent, Sabbath School Teacher, Deaconess, Elder and Head Elder of the Keene Church in 1995-96. Of this position Carol humorously remarked, "The nominating committee asked two men first, but they turned it down and I was number three on their list of choices." And then she added, "It was an honor and a privilege to serve. If I had been of the opposite gender I probably would have chosen to be a pastor." Teaching a Sabbath School class and participating in small groups gave her the greatest joy and satisfaction.

As a "Perennial student" (with all of its good and bad connotations), Carol decided once more to return to school. About six months after her official retirement from Southwestern she decided to pursue a degree in counseling at Texas A&M at Commerce while also working part time at Odyssey Harbor, and in 1994 she received her M.S. in Counseling.

Carol always maintained that teaching and associating with students contributed to keeping her young-at-heart. Like many seniors, she never thought of herself as "old" until one day in 2006. Having used up her prescription eye drops before the date to reorder, she stopped at the ophthalmologist's office to request a new prescription. The receptionist appeared reluctant to relay the request to the doctor, and as Carol kept trying to explain the situation, an attractive middle-aged lady in the waiting room was overhearing the entire conversation. The next thing Carol knew she heard a voice over her shoulder saying, kindly but firmly, to the receptionist, "Stop giving her a hard time. This elderly lady (Carol) needs her medicine." It was quite a jolt to hear herself referred to that way because, although true, she had just never thought of herself that way.

The family requests donations in lieu of flowers to be sent to:

To order memorial trees or send flowers to the family in memory of Carol Sample, please visit our flower store.