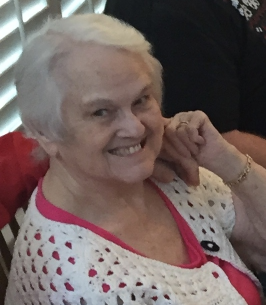 Genie Gamble Cavender, 91, died Sunday evening, January 24, 2021 in Cleburne, TX. Her memorial service will be held at 10:30 am Sunday, February 14, 2021 at the Grandview Seventh-day Adventist Church in Grandview, TX.

She was born Norma Gene Gamble in Texas County, OK on June 14, 1929, to Hilda (Chrispens) and William Earl Gamble and raised in Moore on the family dairy farm.

Genie was hired by the local conference office in Lincoln before she completed her BA and where she excelled at accounting and office management. Years later, she reentered office work, managing the offices of several doctors and finally as the Administrative Assistant to the President of New England Memorial Hospital.

Genie liked to tell visitors that she had bought the booklet How to Knit for 10¢ because her mother crocheted beautifully, and that she didn't want to compete with her mother. Her knitting earned her many First Premium ribbons and two Best of Show awards at the State Fair of Texas. She felt confident that she had gotten a good return on her investment.

The home that Bob and Genie made was founded in God's love. They cared for each other for over 71 years before Bob died in January, 2020. They gave that love to their children, their extended family and to an always growing circle of friends around the world.