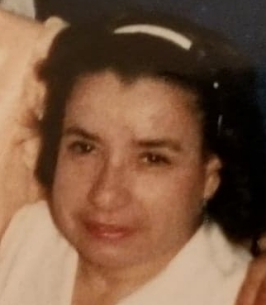 Funeral service for Connie Chapa, 77 of Cleburne, Texas, will be held at 12:00 PM, Thursday, October 10, 2019 in the Rosser Funeral Home Chapel. Burial will follow in Greenacres Memorial Park. Visitation will be from 6-8:00 P.M., Wednesday, October 9, 2019 at Rosser Funeral Home.
Serving as pallbearers will be Freddy Hernandez, Leo Hernandez, Jeff Hannon, Thomas Erwin, Jerrad Erwin and Mark Rodriguez. Honorary pallbearers are Johnnie Gonzales and Eric Rodriguez.
Connie passed away on Saturday, October 5, 2019 in Cleburne. She was born in Uvalde, Texas on November 19, 1941, the daughter of Manuela (Rodriguez) and Adan Chapa.
Connie was both a personal and commercial accountant and was a member of the Cleburne Seventh-day Adventist Church. She was an inspiration to all who knew her.
Connie was preceded in death by her parents; step-father, Johnny Hernandez; brother, Richard Rodriguez; and sister, Cruzita 'Cookie" Garcia.
She is survived by her son, Guadalupe "Lupe" Chapa of Cleburne; brothers, Fernando "Freddy" Hernandez and wife, Sally, of Cleburne; Elogario "Leo" Hernandez and wife, Hilda, of Brownsville, Texas; sisters, Rosario "Rosie" Hannon and husband, Jeff, of Clarksville, Arkansas and Adela Lumpkin of Cleburne; numerous nieces, nephews, great nieces and great nephews; and a host of other family members and friends.

To order memorial trees or send flowers to the family in memory of Connie Chapa, please visit our flower store.