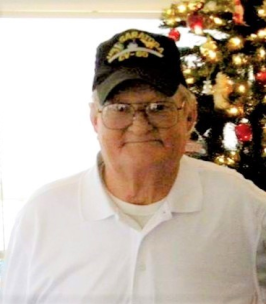 Graveside service for Jeffery Glenn Chesnut, 73, of Cleburne will be conducted at 2:00 P.M., Saturday, May 2, 2020 in Rosehill Cemetery. The Reverend Jerry Melson will officiate. Pallbearers will be Nicholas Hendrix, Jim Raymond, Daniel Pryor and John Appuzio. Visitation will be from 12:00-1:45 P.M., Saturday, at Rosser Funeral Home, prior to the graveside service.
Jeffery Glenn Chesnut passed away Monday, April 27, 2020 at Town Hall Estates in Keene, Texas. He was born October 24, 1946 in Colorado Springs, Colorado to Jacqueline (McCullough) and William R. Chesnut.
Jeff joined the U.S. Navy at age 18 and spent six years on the USS Saratoga. He traveled extensively during his naval career and finally settled in Philadelphia, Pennsylvania where he met the love of his life, Esther and they were married in October of 1968. They would be married for 49 years before her passing on April 29, 2017. Jeff was a simple man that worked hard in life to provide for his family. He was an avid Dallas Cowboy fan and loved spending time with his family.
Jeff is survived by his two daughters, DeeDee Wiygle and Debra Chesnut; five grandchildren; three great grandchildren; and a host of other family and friends. Jeff will be missed by all that he loved and cherished in his life. Miss you Daddy.

To order memorial trees or send flowers to the family in memory of Jeffery Glenn Chesnut, please visit our flower store.