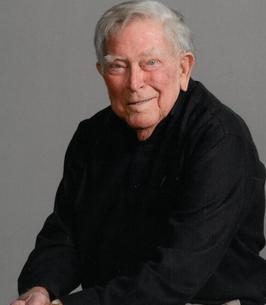 A memorial service celebrating the life of Robert Truett Childress, Jr., 87, of Cleburne, Texas will be held at 11 a.m. Saturday, February 9, 2019, at St. Mark United Methodist Church, following a private burial at Rosehill Cemetery.
Visitation will be at St. Mark United Methodist Church from 5 – 7 p.m. Friday, February 8, 2019.
“Bobby Truett” was born in Winters, Texas on November 12, 1931, to Truett and Virgie (Penny) Childress and passed away Tuesday, February 5, 2019, in Cleburne. He grew up in Odem, Texas, where at a young age worked in the Smith cotton gin managed by his father. He graduated at the top of his 12-member high school class and headed to Texas A&M College where he was a member of the Corps of Cadets.
As Aggie freshmen, his class lived in the Bryan Air Force Base barracks before moving to the main campus the following year. At the end of his sophomore year in 1950 he met the love of his life, Sue Hall, on a blind date at Southern Methodist University. They were married on January 23, 1954, at First Methodist Church in Longview. After graduation with a degree in Agricultural Engineering, he worked for the Soil Conservation Service in Pharr for a year before reporting to serve as a Lieutenant in the U.S. Army.
They were stationed in Brooklawn, New Jersey, where he was an officer in the Anti-aircraft Unit of the Washington, Philadelphia, New York Air Defense Artillery. Sue came back to Texas for the birth of their daughter, Becky. After his discharge in 1957, Bob again worked for the Soil Conservation Service, this time in San Antonio where their daughter, Cindy, was born. Shortly after, they were transferred to Cleburne in 1958.
In 1963, Bob, along with Clifford Recer formed Childress & Recer partnership to provide Civil Engineering and Surveying services to the area. Johnson County Water Supply Corporation was one of their first clients. Bob was especially proud for his role in bringing water to the rural areas of Johnson, Ellis and Hill counties. He helped eliminate both the use of poor quality, shallow well water for drinking, and the need for citizens to haul water.
In 1966 Bob and Sue welcomed son, Robert, much to the dismay of his sisters who had wished for a baby sister and tried to trade him for a mama dog and four pups.
In 1990 Childress Engineers was formed to focus strictly on engineering and in 2004, Bob passed leadership of the firm to son-in-law, Ben Shanklin, and son, Robert Childress. Bob continued to serve as special consultant for many years.
A long time member of St. Mark United Methodist Church, Bob taught the Wesley Sunday School Class for over 25 years. He served as Lay Delegate to the Central Texas Conference, and chaired countless church committees.
He served nine years on the Cleburne ISD Board of Trustees, eight years as the President of the Cleburne Industrial Development Foundation, three years on the Central Appraisal District tax review board, and thirty-two years on the Board of Directors of First Financial Bank in Cleburne. In 1979 Bob was recognized as Cleburne’s ‘Man of the Year.’
A member of the Texas A&M Class of 1953, Bob and Sue are long-time supporters of Texas A&M University where they have endowed scholarships in both athletics and academics. They are members of the Legacy Society of the 12th Man Foundation. He served several years on the Champions Council and is a 52-year member of the Century Club of the Association of Former Students. Bob is very proud of his Aggie offspring, ten of whom have earned their Aggie rings.
He is survived by his wife of 65 years, Sue, and their children: Becky Wallace and husband, Joe, of Longview, TX, Cindy Shanklin and husband, Ben, of Cleburne, and Robert Childress, III. and wife, Elizabeth, of Cleburne; grandchildren, Lindsey Shanklin, Tyler Shanklin and wife, Kristine, Megan Wallace, Greg Wallace, Victoria Childress and Robert “Truett” Childress, IV; great-granddaughter Olivia Shanklin; as well as niece, Melissa Murdaugh and husband, Mark, and nephew James T. Egan and wife, Kelli. Bob was preceded in death by his parents, his brother, Cody Childress, and sister, Karen Egan Neff.
In lieu of flowers, donations may be made to St. Mark United Methodist Church Bread Basket Mission or to St. Mark United Methodist Church.
To order memorial trees or send flowers to the family in memory of Robert Truett "Bob" Childress Jr., please visit our flower store.