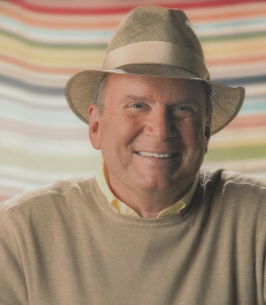 Funeral services for Billy “Bill” Lloyd Cleaver, Jr., of Waxahachie, Texas, will be conducted at 10 a.m. Tuesday, June 1, 2021 in the Rosser Funeral Home Chapel with the Rev. Kenneth Coleman officiating. Burial will follow in Shannon Rose Hill Cemetery in Fort Worth, Texas.
A visitation for family and friends will be held from 3 – 5 p.m. Monday, May 31, 2021 at Rosser Funeral Home.
Pallbearers will be Adam Mathers, Edgar Mendez, Corey Burgess , Leo Marler, David Czarnecki, and Mark Mitchell.
Bill passed from this life Tuesday, May 25, 2021 at the age of 76.
He was born January 27, 1945 in Fort Worth to Virginia “Ginny” Y. (Cook) Cleaver and Billy Lloyd Cleaver, Sr. They both preceded him in death in 2005.
Bill met and married the love of his life, Ruth Mitchell, in 1964 and together they shared 56 years of marriage together.
He retired from Southwestern Bell in 2000 after 35 years of dedicated service.
Bill spent his retirement years spending time with his wife, children and grandchildren whom he loved dearly.
Bill was a man that wore “many hats” during his lifetime. Always a telephone man, he was also a Radio DJ, a Volunteer Firefighter, and a Paramedic, even having delivered a baby during that time in his life. Many lives were saved by his hands and he was awarded the Theodore Vail award for heroism in 1986 for saving the life of a woman whose hand was severed in a car accident.
His time with Southwestern Bell started as a telephone installer in 1966 that took him all the way up to the title of Regional Marketing Manager at his retirement. He was a fourth-generation employee of Southwestern Bell.
Bill was a husband, father, a provider, a grandfather and great grandfather. He led a life that could only be described as noble. We will all miss him greatly.
In addition to his parents, he was preceded in death by his loving wife Ruth in February, 2021 and uncles, Ken and Glenn Cleaver, James and Dan Cook whom were very special to him as well as aunts, Beverly Monk and Patricia Hobgood.
He is survived by his children, Ginger Cleaver Mathers and husband, Kenneth, of Burleson, Texas, Jim Cleaver and wife, Kim, of Cleburne, Mike Cleaver and wife, Elizabeth, of Waxahachie; grandchildren, Rhian Cleaver Sandling, Robin Mathers Mendez, Adam Mathers, Timothy Cleaver, and Whitney Newman; great grandchildren, Alexander and Mara Johnston, Christian, Faith and Ashlynn Newman, and Lucas and Logan Mendez; brother, Curtis Cleaver and wife, Anne, of Portland, Oregon; aunts, Ann Cleaver and Peggy Garrett; and several nieces and nephews, cousins and extended family.

To order memorial trees or send flowers to the family in memory of Billy "Bill" Lloyd Cleaver Jr., please visit our flower store.