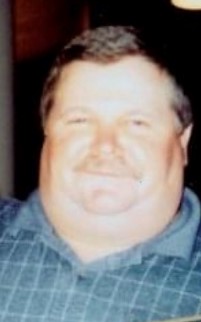 A memorial service for Dale Wayne Anderson, 62, of Rio Vista, Texas will be held at 11 a.m. Saturday, January 21, 2023 in the Rosser Funeral Chapel with the Rev. Kenneth Coleman officiating.

His family is deeply saddened and shocked by his passing on Wednesday, January 11, 2023. Dale was born in Cleburne, Texas on May 28, 1960, the son of Wick and Frances Boyd Anderson.

He worked for the City of Benbrook before his retirement after 20 years of service.

Dale lit up a room with his humor and was always kind and willing to help someone in need. He enjoyed watching sports on TV and car shows. Never a day went by that there wasn't an 'Old John Wayne Western' playing on the TV. "Rest in peace pilgrim...until we meet again."

Dale will be missed by numerous nephews, nieces, uncles, aunts, and friends.

His legacy will carry on forever reminding us to be loving and kind to one another.

To order memorial trees or send flowers to the family in memory of Dale Anderson, please visit our flower store.