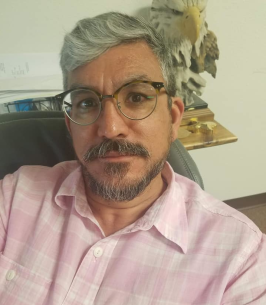 Jeffrey Scott Davis went to be with his Lord and Savior on Sunday, August 29, 2021, in Cleburne, Texas, at the age of 53. He was born on March 28, 1968 to the late Alvie Lee Davis and Jana Davis, in Abilene, Texas.
Jeff graduated from Abilene Christian Schools (high school) in 1986, from Abilene Christian University (BBA) in 1990, and from Texas Tech University Law School (Doctorate of Jurisprudence) in 1993.
Jeffrey married Wendy Cheryl Hall in July 1991.
He was certified in conflict resolution and licensed to practice law in all courts in Texas and North Carolina, along with the United States Supreme Court; United States Court of Appeals for the Fifth District; United States District Courts, and Bankruptcy Courts for the Northern, Southern, and Western Districts of Texas.
Jeff has been a valued member of the Johnson County Sports Association since the core group began in 2010. Jeff had a passion for the organization and was always eager to serve in every capacity. His true passions were football and track. His love for JCSA was never stronger than when heading the JCSA track program.
He was preceded in death by his father, Alvie Lee Davis, and his granddaughter, Annabelle Rose Davis.
Jeff is survived by his wife of 30 years, Wendy Hall Davis; sons, Ethan Miles Hall Davis and Lucas Peyton Davis; adopted daughters, Courtney Sue McAllister and Harley “Renae” Davis; and adopted grandchildren, David Xaden Alford, Sydney Nicole Dillishaw, and Devynn Renee Dillishaw, all of Cleburne, Texas. He is lovingly remembered by his loving mother, Jana Davis of Abilene, Texas; sister, Dr. Lisa Dudley, of Charlotte, North Carolina; brother, Jay Wayne Davis, of Abilene, Texas; along with several nieces, nephews, many cousins, dear friends and loved ones.
A celebration of life will be held on Saturday, September 18, 2021, at 11am, at Henderson Street Baptist Church. Reverend Christopher Galbraith will officiate. A potluck lunch will be held afterwards and all are invited.
In lieu of flowers, the family asks that donations be made to Autism Speaks or JCSA Lions in Jeffrey’s name.
To order memorial trees or send flowers to the family in memory of Jeffrey Scott Davis, please visit our flower store.