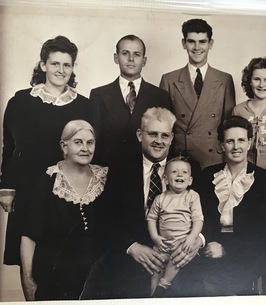 Funeral services for Waldon DeWayne DeWitt, 79, of Cleburne, Texas will be conducted at 11:00 A.M., Saturday, May 23, 2020 in the Rosser Funeral Home Chapel. Interment will be in the DFW National Cemetery in Dallas.

Waldon DeWayne DeWitt passed away on Thursday, May 14, 2020.
He was born December 16, 1940, in Mercedes, TX, the son of Joseph and Bertha DeWitt. He attended Valley Grande Academy in Weslaco Texas. He married Janice Turberville in June 1961. While their marriage wouldn’t
last forever, Waldon and Janice remained friends until the day he departed. As a team, they raised their three children, Teresa, Jeff and Debra. Waldon joined the United States Air Force in 1966. He served at Dyess Air
Force Base near Abilene, Texas until his discharge in December 1969. While stationed there he was a Sergeant and worked on B-52 Bomber Air Planes.
After he left the Air Force he worked for Barbee Neuhaus until 1972. He owned his own mechanic business from 1972-1985.
He fell in love again and married his high school sweet heart Loretta Strayer on August 16, 1987. Loretta had three children from a previous marriage—Jeff, Dawn, and Michelle whom he loved as his own. He and
Loretta pursued his passion of truck driving until he retired 2015. Waldon is preceded in death by his sister Verlene and his parents, Joseph and Bertha DeWitt.
He is survived by his wife Loretta loving children Teresa (Lee), Jeff, Debra (Dennis), Dawn, Harley (Viola), Michelle (David); his grandchildren Justin, Nathan, Sarah, Megan, Madison, McKenna,, Gabrielle, Zachary, Ashlee, Michael; and two great grandchildren, Madison and Olivia.

In lieu of flowers, the family requests donations to be made in his name to
your favorite charity or the Leukemia and Lymphoma Society.
To order memorial trees or send flowers to the family in memory of Waldon DeWayne DeWitt, please visit our flower store.