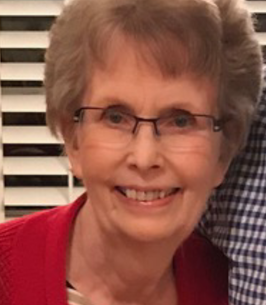 Carolyn L. Early, 78, of Keene, Texas passed away Sunday, November 17, 2019 at her home. Private family services will be held. There is no visitation scheduled.
Carolyn Early was born on September 9, 1941, in Omaha, NE to Clem and Mary Hobbs. She was the oldest of four children.
Carolyn loved music and began playing the piano at the age of two and performed on the radio at age eight.
Carolyn began her teaching career at the age of 19, with only a one year teaching certificate. While she taught school, Carolyn attended classes at Union College in Lincoln, NE, where she obtained her degree in Elementary Education. She was hired at Cheney Public School in Lincoln, where she taught grades 2- 5 and served as Principal.
Ten years later, Carolyn moved with her husband to Arlington, TX, where she taught 3rd and 4th grade at Burton Adventist Academy. After three short years, Carolyn moved to Conroe, Texas to re-establish a one room, eight grade school. Over the next 28 years, she served as Principal and teacher at what is now Conroe Adventist Academy.
Education was her passion and she loved teaching about Jesus and His plan of salvation. She shared about our hope in the second coming and she and her students wanted to pick a meeting place in heaven. They chose The Gate of Benjamin. As each class graduated, she challenged them to meet her at the gate. We look forward to meeting her there as well.
Carolyn is survived by her daughter, Danielle Bunkley and husband, James III, of Keene; brother, Clem Hobbs and wife, Phyllis, of Keene; sisters, Sherry Littrell of Siloam Springs, AR and Sally Page and husband, Steve Kenrick, of Saratoga, CA; three nieces, four nephews, great nieces and nephews; and many special students who are also part of her family.
Carolyn’s family has established The Carolyn Early Scholarship Fund at Southwestern Adventist University to honor her life as an educator. Each year the Valedictorians of Conroe Adventist Academy and of Burton Adventist Academy will receive a scholarship.
In lieu of flowers, contributions may be sent to: SWAU Carolyn Early Scholarship Fund, 100 W. Hillcrest St., Keene, TX 76059. Credit Card contributions may be made by telephone by calling: Jonathan Seitz, Dir. of Advancement, at 817-202-6755.
To order memorial trees or send flowers to the family in memory of Carolyn Lee Early (Hobbs), please visit our flower store.