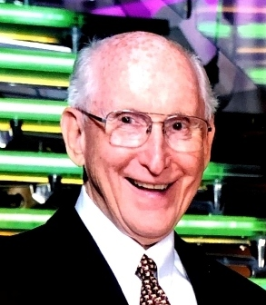 Funeral services for William Fred “Bill” Edmonson, 81, of Fort Worth, Texas will be conducted at 2 p.m. Saturday, November 2, 2019 at Wedgewood Baptist Church, 5522 Whitman Ave, Fort Worth, TX 76133. The Rev. Al Meredith will officiate, assisted by the Rev. Herb Hollinger.
A visitation for family and friends will be held from 6-8 p.m. Friday, November 1, 2019 at Rosser Funeral Home in Cleburne, Texas.
Graveside services will be conducted at 11 a.m. Monday, November 4, 2019 at Highland Cemetery in Hattiesburg, Mississippi.
Serving as pallbearers will be Steve Williamson, Randall Warren, David Patenaude, Garry Fellers, Forrest Henderson and Wayne Osborne.
William Fred Edmonson passed away on Wednesday, October 30, 2019 in Fort Worth. He was born in Nashville, Tennessee on January 16, 1938 to Fred and Annie Edmonson. They later moved to Natchez, Mississippi. While living in Natchez, his Dad was killed in an auto/train accident in December of 1950. In 1952 Bill and his Mom moved to Petal, Mississippi. Bill graduated from Petal High School in May of 1956. In the fall of 1956, Bill began his college education on a band scholarship to University of Southern Mississippi in Hattiesburg, Mississippi. That same year he joined the Army Reserve and continued serving for the next 6 years while attending college. In May of 1961, Bill graduated from the University of Southern Mississippi with a Bachelor’s degree in Business Administration. That same year he began working for J.C. Penney Co. as a Management Trainee in Shreveport, Louisiana. After working for two years he returned to the University of Southern Mississippi to begin graduate school on a Master’s of Business Administration. While finishing his Master’s degree he began dating Brenda Jones. After her graduation from William Carey College in Hattiesburg, Mississippi and his completion of the Master’s degree they married on June 18, 1965.
Bill and Brenda moved to Washington, D.C. where Bill was hired to work at Julius Garfinkel, Inc. In the summer of 1966, Bill began work on a teaching certificate in order to teach in the Virginia Public Schools. In September 1966, he became a Distributive Education teacher at Mount Vernon High School in Fairfax County School System. The following year, Brenda gave birth to their first child, Noel Edmonson.
In the summer of 1968, the family moved to Madison, Florida, where Bill began teaching at North Florida Junior College as a Business Administration instructor. After three years in Madison, Bill and family moved to Oxford, Mississippi where Bill began studies at the University of Mississippi on a Doctorate of Higher Education Administration. On completion of his doctorate, Bill and family moved to Reidsville, North Carolina to begin serving as an Assistant to the Dean of Instruction.
In July of 1974, Bill and family moved to Fulton, Mississippi where Bill became Dean of Instructional Affairs at Itawamba Junior College. In September of 1975, Brenda gave birth to their second child, William Bryan Edmonson. Bill served as Academic Dean at Itawamba for 19 years. During that same time, Bill was instrumental in starting a Gideon Camp in Itawamba County.
In 1993, Bill was offered the job as President of Panola College in Carthage, Texas. After serving as president for seven years, Bill decided to retire at age 62 and attend Southwestern Baptist Theological Seminary in Fort Worth, Texas. Bill received a Master’s of Christian Education the summer of 2002. The following year, Brenda also retired and they applied to the International Mission Board of the Southern Baptist Convention. In August of 2003, they were sent to Thailand as English teachers and church planters.
After three years in Thailand, they returned to Texas and bought a home in Alvarado, Texas. Bill decided he wanted to start a Christmas tree farm, so in the summer of 2006, they planted 1000 tree saplings and sat back to watch them grow. The Good Shepherd Tree Farm was a huge success for about 5 years and then the drought hit and Bill lost all of his Christmas trees. Bill’s favorite quote at that time was, “The Lord giveth, and Lord taketh away. Blessed be the name of the Lord.”
In 2015, Bill and Brenda decided it was time to sell the farm and down size. They moved to a Senior Living facility in Fort Worth, Texas and never regretted it. Throughout his 81 years on this earth and fifty-four years of marriage, two wonderful children, and eight beautiful grandchildren, Bill has been a faithful servant of God in churches, on mission, and wherever God led him to spread the Gospel by teaching and distributing God’s Word through the Gideon Ministry. Now Bill is receiving his reward for the many years of dedication to God’s work and God is telling him, “Well done, good and faithful servant”.
Bill was preceded in death by his parents.
He is survived by his wife, Brenda Edmonson; son William Bryan Edmonson and wife, Rebecca Lea; daughter, Noel Edmonson Clark and husband, Craig; grandchildren, Abram Edmonson, Rosalea Edmonson, Vera Edmonson, Nathanael Clark, Abigail Clark, Zachary Wislon, Caleb Wilson and Joshua Wilson; and many other relatives and friends.

To order memorial trees or send flowers to the family in memory of William Fred "Bill" Edmonson, please visit our flower store.