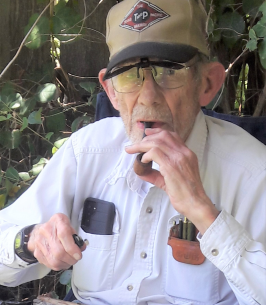 A memorial service celebrating the life of Charles Jay Eyman, 80, of Cleburne, Texas will be held at 2 p.m. Saturday, October 2, 2021 in the Ball Chapel of First Baptist Church of Cleburne. Pastor Al Morris will officiate.
Mr. Eyman passed away Saturday, September 11, 2021 in Fort Worth, Texas. He was born in Albuquerque, New Mexico on April 4, 1941, the son of Pauline (Warford) and Alvin R. Eyman.
Charles and Sandra Johnson were married on August 4, 1963 in Portales, New Mexico.
He was a telecommunications billing manager for Mountain Bell-U.S. West and was a member of First Baptist Church.
Charles was preceded in death by his parents.
He is survived by his wife of 58 years, Sandy Eyman of Cleburne; sons, David Eyman and wife, Nikki, also of Cleburne and Michael Eyman and wife, Colleen, of Lakewood, Colorado; brother, Carl Eyman and wife, Kristen, of Bernillio, New Mexico; three grandchildren; two great grandchildren; and several other family members and friends.
To order memorial trees or send flowers to the family in memory of Charles Jay Eyman, please visit our flower store.