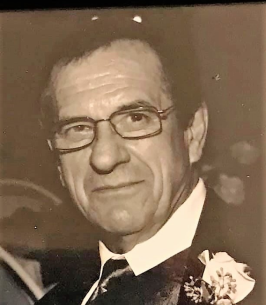 Thomas R. “Tom” Fletcher, 78, of Cleburne, Texas passed away on Thursday, October 22, 2020 in Fort Worth.
He was born June 24, 1942 in Chicago, Illinois to Mary (Mann) and Ray Alfred Fletcher. Mr. Fletcher served his country proudly in the U.S. Air Force. He married Shelby Ann Jones on November 7, 1970 in Downers Grove, Illinois.
Tom was a truck driver for Frito Lay until retiring. He was preceded in death by his parents; wife, Shelby in 2015; and brother, Art Fletcher.
Survivors include his daughters, Michele Spakes and husband, Mack of Joshua and Missy Fletcher of Cleburne; grandchildren, Kristina Arthurs and Colton Spakes and wife, Courtney; four great-grandchildren; brother, Bob Fletcher and wife, Farida of San Jose, California; sister, Judy McGonigal of Missouri; beloved dog, Monk and a host of other relatives and friends.
No services are scheduled at this time.
To order memorial trees or send flowers to the family in memory of Thomas "Tom" R. Fletcher, please visit our flower store.