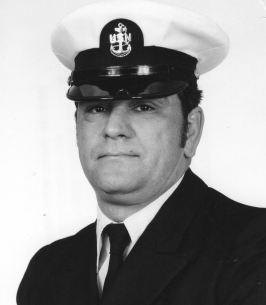 Funeral services for Richard Charles Foley, 80, of Keene Texas, will be conducted at 10 a.m. Wednesday, May 5, 2021 in the Rosser Funeral Home Chapel with Pastor Terry Darnall officiating. Burial will be later in the day at 2 p.m. in the Dallas-Fort Worth National Cemetery.
A visitation for family and friends will be held from 6 – 8 p.m. Tuesday, May 4, 2021 at Rosser Funeral Home.
Richard passed away on April 28, 2021.
He was born in Boston, Massachusetts to William Thomas Foley, of New Foundland, and Julia Lavenia Brown, of Nova Scotia and grew up in the Boston area with his 12 brothers and sisters.
At the young age of 17, Richard joined the United States Navy, proudly serving our country for over 24 years to include combat action in Vietnam.
After his naval retirement, he earned a Bachelor’s degree in accounting and had a successful second career as an IRS agent.
Richard was actively involved with his church; the Crossroad Fellowship Seventh-day Adventist church of Joshua, Texas, and often volunteered his time to help others within the local community. Richard found great joy in traveling and spending time with family.
Richard was preceded in death by his loving wife of almost 40 years, LaNell (Bell) Foley, as well as his parents and four siblings.
He is survived by his four children: Edward Foley, Dorinda (Robert) Cline, Wade (Cindy) Foley, and Dale (Dulce) Foley, nine grandchildren, four great-grandchildren, and eight siblings.

To order memorial trees or send flowers to the family in memory of Richard Charles Foley, please visit our flower store.