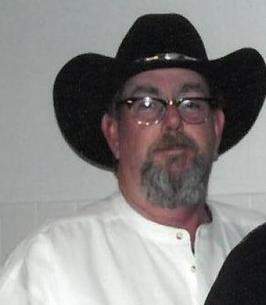 Funeral services for David Ross Franks, 64, of Grandview, Texas will be conducted at 10 a.m. Thursday, February 21, 2019 in the Rosser Funeral Home Chapel. Burial will follow at 2 p.m. at Hemmeline Cemetery in Gatesville, Texas. A visitation will be held from 6 - 8 p.m. Wednesday, February 20, 2019 at Rosser Funeral Home.
Serving as pallbearers will be Preston Franks, Devin Franks, Cannon Moore, Jay Holland, Bradley Holland, and Jonathan Marrs.
David Ross Franks passed away Friday, February 15, 2019 in Ft. Worth after a brave battle with cancer.
David was born in Ft. Worth August 22, 1954 to Ross H. & Bernice (Necessary) Franks. He married Janis Grimes in January 1973. David loved spending time with his wife, fishing with his father, scuba diving with his son, listening to his grandson’s adventures, and watching his granddaughter ride horses; his life was his family. He worked as an electrician wholesales salesman for most all his life in the Ft. Worth and Arlington areas. David was an active member of the NARCSP and Mansfield Riding Club.
He is preceeded in death by his parents Ross and Bernice Franks.
David Ross is survived by his wife of 46 years Janis Franks, son Jonathan Franks and wife Stacey, grandchildren Devin & Haylee Franks, sister Susan Franks and husband Frank Lawlis, brother Scott Franks and wife Gena Franks, along with nephew Preston and nieces Skylar, Carly, and Katey.

To order memorial trees or send flowers to the family in memory of David Ross Franks, please visit our flower store.