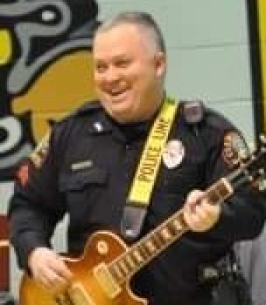 A visitation for family and friends will be held from 6-8:00 P.M., Wednesday, Sept. 8, at Rosser Funeral Home.

Gary Dale Fulenwider, a retired Sergeant with the Cleburne Police Department passed away Saturday, September 4, 2021 in Cleburne. He was born April 23, 1969 in Cleburne to Micki (Davis) and Jackie Fulenwider. Gary married Misti Rhoades on March 14, 1992 in Parker, Texas. He was a member of Whitney Church of Christ. Gary was preceded in death by his grandparents.