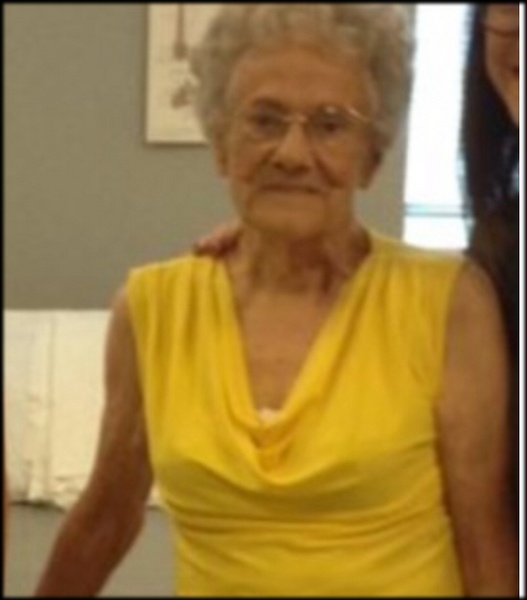 Our sweet Mother Frances Belton (Douglas) Garner went to sleep early Wednesday morning January 5, 2022 to await our Dear Lord's return. She was at her home of the past 42 years and was surrounded by her family.

Frances was born in Hopewell, Virginia on March 25, 1928, the daughter of Margaret (Sample) and John B. Belton. She was the last of 15 Siblings. After losing her Mother at the tender age of 12, she lived with her sister Hazel Long and also her sister Rita. In 1945 she married, and the next year she gave birth to a beautiful daughter Donna Marie in 1946. Unfortunately she was later divorced from Donna’s dad.

Frances went to school and became a Telephone operator. While working there, she met a young man named John Bennett Douglas Jr, or Bennie. After several years of courtship, they married in 1952 and lived in Petersburg, VA. They immediately enlarged their family with two sons and a daughter, all born in June of consecutive years 53-55.

In 1956 Frances and Bennie attended evangelistic meetings with his parents and all were baptized into the Seventh-day Adventist Church. Bennie had several businesses in Petersburg, including a restaurant, and storm window company. He soon gave up his interests and went to work as a Literature Evangelist selling Bible Story books and other publishing’s of the SDA Church. About this same time they moved to Roanoke, VA where they built their home.

As promotions with his work increased, they moved to Takoma Park, MD in 1963. In 1966 Bennie was called to be the Publishing Director of the Missouri Conference which led to the family moving to Kansas City, Missouri. Two years later he was offered the position of the Publishing Director of the Texas Conference of SDAs. Once settled in Keene, Texas the children enrolled in school, and Frances went to work as Bennie's Administrative Secretary. Sadly, Frances lost her Dear husband Bennie in an automobile accident in July, 1969. She continued working for the Conference until 1974 when she decided to move back to Maryland where she would be close to her brothers' and sisters' families. She continued working for the Conference in the Educational Department. She soon returned to Texas where all her children had remained. She went to work for the Church in the Southwestern Union Conference until 2000 when she retired. She still continued to work there as needed on their switchboard as a receptionist.

In 1972, she and her friend Melba started a singles' group in Texas, which had originated back east. This lead to her meeting Raymond Garner, a literature Evangelist in the West Texas, Texico Conference. In April 1980, they were married after Francis had been widowed for twelve years. They remained married and continued working for the church until Raymond passed away in 2015.

Frances volunteered for several organizations. She did visits for Mission Hospice until October 2021. The Texas Conference Depot was also on her list, and in her early 80's she went in a mission trip to Russia. Many of her friends referred to her as the energizer bunny. She kept going and going.

She lived a long life in service to God, her deepest desire was to meet each one of her family members and friends alike in His Kingdom at our Lord's soon return

7I have fought a good fight, I have finished my course, I have kept the faith: 8Henceforth there is laid up for me a crown of righteousness, which the Lord, the righteous judge, shall give me at that day: and not to me only, but unto all them also that love his appearing. 2 Timothy 4:7 & 8

To order memorial trees or send flowers to the family in memory of Frances Garner, please visit our flower store.