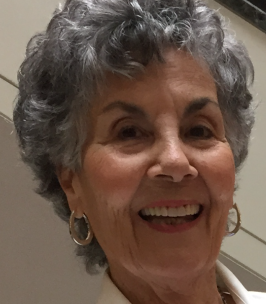 Funeral service for Trini Ginn, “Grammy”, 86, of Cleburne will be conducted at 10:00 A.M., Friday, August 9, 2019 in the Rosser Funeral Home Chapel. Reverend Barry Whitehead will officiate. Burial will follow in Rosehill Cemetery. Pallbearers will be Marcus Hanna, Monty Williams, Kane Holbrooks, Doug Evans and Coby Talley.
No set visitation is scheduled.
Trini passed away Tuesday, August 6, 2019 in Cleburne, surrounded by her family. She was born February 20, 1933 on the Rock of Gibraltar to Catalina (Dalmedo) and Manuel Puché.
Trini married Eber Dewayne Ginn on February 20, 1960 in England. She loved life, dancing, exercising, sewing and spending time with her family. She was preceded in death by her parents; husband, Dewayne Ginn; and great grandson, Cal Hanna.
She is survived by her daughter, Yasmin Ginn Owen and husband Dave of Cleburne; son, Perry Ginn and wife Debbie of Aledo; granddaughters, Haley Owen and wife Malissa of Shawnee, Oklahoma; Courtney Owen Hanna and husband Marcus of Cleburne; Chelsea Ginn Williams and husband Monty of Cleburne; Brittany Ginn Holbrooks and husband Kane of Burleson; Kyli Ginn Evans and husband Doug of Aledo; and Madison Ginn and fiancé Coby Talley of Aledo; great grandchildren, Maddy and Trinity; Jack and Ben; Evan, Ethan, Emelyn and Emmett; Hagen and Nash; Kinley, Karsyn and Kora; and numerous other family and friends that loved her.
Memorials may be made to the charity of your choice.

To order memorial trees or send flowers to the family in memory of Trini "Grammy" Ginn (Puche'), please visit our flower store.