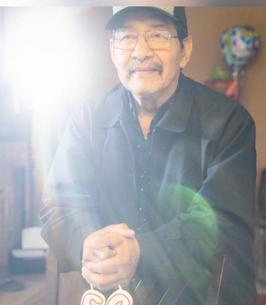 A memorial service for Luis Gonzalez, 68, of Joshua, Texas, will be held at 6 p.m. Tuesday, July 7, 2020 in the Rosser Funeral Home Chapel.
He passed away Sunday, July 5, 2020 at his home. Mr. Gonzalez was born in Piedras Negras, Mexico on March 22, 1952, the son of Refugio (Valdez) and Geronimo Gonzalez.
He was a truck driver with Fed Ex Freight and was of the Christian faith.
Mr. Gonzalez was preceded in death by his parents and son, Sergio Gonzalez.
He is survived by his wife, Martha Gonzalez of Joshua; son, Luiz Gonzalez; daughters, Guadalupe Casiano, Elizabeth Zaragoza, Denis Ibarra, Evelyn Alvarado, and Edith Gonzalez; three brothers; five sons-in-law; one daughter-in-law; 16 grandchildren; and three great grandchildren.
To order memorial trees or send flowers to the family in memory of Luis Gonzalez, please visit our flower store.