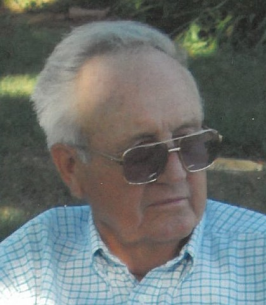 A memorial service celebrating the life of George Millard Graig, Jr., 82, of Covington, Texas will be conducted at 10 a.m. Friday, July 30, 2021 in the Rosser Funeral Home Chapel with the Rev. Darrel Phillips officiating; assisted by the Rev. Melissa Graham.
A visitation for family and friends will be held from 5 – 7 p.m. Thursday, July 29, 2021 at Rosser Funeral home.
At the family’s request, all attendees are required to wear masks.
George “Junior” passed away Saturday, July 24, 2021 in Fort Worth, Texas. He was born in Osceola, Texas on November 4, 1938, the son of Ida Catherine (Moore) and George Millard Graig, Sr.
Junior was married to Kathy Garrett Graig in 1968 and they had three children, Jenny, Wendy, and Chris. Junior later married Anella Thurston on September 1, 1990 in Covington, Texas. They would have been married 31 years this year.
Junior graduated from Covington High School in 1957 and a few years after graduation, Junior and two of his classmates tried out for the Houston Astros. He actually got a hit off major league pitcher Red Whitt, which became his claim to fame.
Junior loved serving his community where he volunteered for the Covington Volunteer Fire Department. He later became Fire Chief and served in that role for several years.
Junior had always lived and worked on the farm growing up and that is what he loved doing more than anything else, so he made farming his career which spanned 70 plus years. He successfully farmed many different types of crops over his many years, such as cotton, peanuts, wheat, maize, corn, watermelons, and pumpkins. He loved farming and he especially loved teaching his son Chris to farm. Junior loved the farming community and all the wonderful people he got to interact with over the years.
Everywhere he went, people knew Junior and they always knew they would get a firm handshake, friendly smile, and great conversation.
Junior grew up in the Covington United Methodist Church, and became a prominent member of the church that he loved so much. He was very active, serving as treasurer, as well as being very involved in the Lord’s Acre and many other countless roles.
Junior also raised Angus cattle for a short time and he always had a large garden where he would have a bountiful harvest year after year. One of the things he loved to do was sell watermelons on the side of the road in front of his home in Covington. He enjoyed visiting with all of the people who would stop to buy a watermelon so he could catch up and visit for a few minutes.
Junior loved people and he never met a stranger. He loved his family, his wife and kids, as well as his large extended family. He loved spending time with all of them at the many family get-togethers and it was always a great time. He will be missed by all that knew him.
Junior was preceded in death by his parents; brother, Elvin; and sister, Mary.
He is survived by his wife, Anella Graig of Covington; children, Chris Graig also of Covington, Jenny Graig of Arlington, Texas, and Wendy Rape and husband, Darren, of Granbury, Texas; step-children, D’Lane Andrews of Dallas, Texas and Jeff Andrews and wife Sharron, of Pampa, Texas; grandchildren, Rachel Panneton and husband, Bradley, Rebekah Andrews, and Ruth Andrews; brother, George Alvin “Bud” Graig of Covington; and many beloved nieces, nephews, cousins, and friends.
Memorial donations may be made to the Covington United Methodist Church, PO Box 93, Covington, TX 76636.

To order memorial trees or send flowers to the family in memory of George Millard Graig, please visit our flower store.