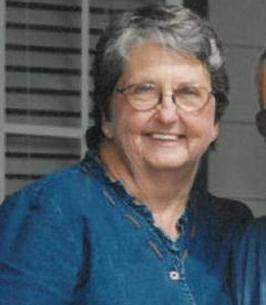 Funeral services for Barbara Ruth Hardee, 83, of Alvarado, Texas will be conducted at 2 p.m. Wednesday, January 30, 2019 in the Rosser Funeral Home Chapel with Pastor Gene Jones officiating.
Mrs. Hardee passed away Sunday, January 27, 2019 at her home. She was born in Fort Worth, Texas on August 20, 1935, the daughter of Erin Estelle (Ross) and Ernest William Rudloff.
Barbara and John Hardee were married July 31, 1953 in Fort Worth, Texas. She was a homemaker and was a member of First Baptist Church in Alvarado.
Barbara was preceeded in death by her parents and son, Wesley Edward Hardee.
She is survived by her husband, John W. Hardee of Alvarado; sons, John R. Hardee and wife, Laurie, of Rio Vista, Texas and Joe Hardee and wife, Toni, of Alvarado; daughters, Christy Hardee of Fort Worth and Kelly Hatch and husband, Greg, of Burleson, Texas; 15 grandchildren; 31 great grandchildren; and three great-great grandchildren.
To order memorial trees or send flowers to the family in memory of Barbara Ruth Hardee (Rudloff), please visit our flower store.