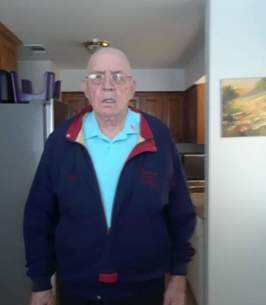 Funeral services for Daniel W. Henslee, 82, of Cleburne, Texas will be conducted at 10 a.m. Wednesday, June 24, 2020 at St. Joseph Catholic Church in Cleburne with Father Sergio Rizo officiating. Burial will follow at Rosehill Cemetery.
Daniel Henslee passed away Saturday, June 20, 2020 at his home. He was born in Abbey Bend, Texas (Hood County) on January 20, 1938, the son of Lorene (Daniel) and Maxfield Henslee.
Daniel and Shirley (Shock) Henslee were married on May 5, 1962 in Waterloo, Iowa. He served in the United States Army and was retired from Johns-Manville. Daniel was a member of St. Joseph Catholic Church.
He was preceded in death by his parents; one sister; and three brothers.
Daniel is survived by his wife, Shirley; daughter, Marie D. Henslee, both of Cleburne; son, Brian W. Henslee and wife, Tammy, of Manassas, Virginia; sister, Kathy Vance of Wamego, Kansas; several grandchildren and great-grandchildren; and other relatives and friends.
To order memorial trees or send flowers to the family in memory of Daniel W. Henslee, please visit our flower store.