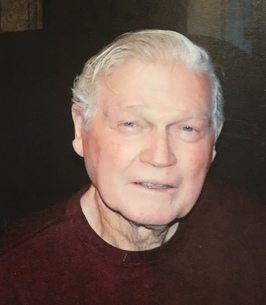 Graveside services for Eldon Douglas Herriman, 79, of Cleburne, Texas will be conducted at 11 a.m. Friday, June 14, 2019 at Keene Memorial Park Cemetery.
Visitation will be held from 6 – 8 p.m. Thursday, June 13, 2019 at Rosser Funeral Home.
Eldon passed away peacefully in his sleep at his home on June 11, 2019.
Eldon was born July 30, 1939 in Hitchcock, OK to Helen Voss Herriman and Clifford Herriman. His family moved frequently but lived in Keene, Texas for much of the time.
He worked for Lloyd Winn when Mr. Winn owned the Keene Water System before starting his own business, Herriman Ditching and Construction. After selling his company, Eldon worked as a truck driver with Birdwell Broom Company until retiring.
Eldon enjoyed deep sea fishing, NASCAR racing, gardening, and woodworking. He built each of his grandchildren an elaborate playhouse or fort for their 2nd birthdays. Eldon loved nature and was most comfortable in the outdoors. He loved traveling with his wife and they spent many vacations exploring our national parks.
Eldon was preceded in death by his parents; his brother, Richard Herriman; and sister-in-law, Jody Herriman.
He leaves his wife of 60 years, Judy; daughters, Tami Uptmore and husband, David, Ginger Thoennes and husband, Richard; son, Troy Herriman and wife, Lisa; grandchildren, Brooke, Blake, Bailey, Jessica, and Cody; brothers, Gary Herriman and wife, Grace and Manton Herriman and companion, Sharon; and many friends and family that will miss him.
You may view the obituary online at www.rosserfuneralhome.net
To order memorial trees or send flowers to the family in memory of Eldon Douglas Herriman, please visit our flower store.