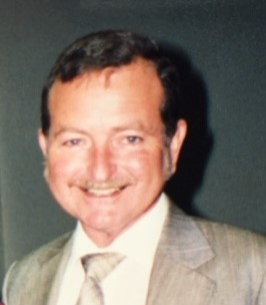 He grew up in Cleburne, Texas as a cowboy who loved the outdoors. As a young man, he worked as a brick layer and trained cutting horses. His favorite pastimes were dancing to country music, watching old westerns, and feeding the squirrels.

He graduated from Cleburne High School and then received a BA in Geology from Texas Christian University in 1960. For 29 years, he worked at Amoco as a draftsman, first in Ft. Worth and then in Houston.

Larry dedicated his retirement years to caring for his second wife, Norma. He was a devoted father to his daughter, Holly. Being a man of few words, he showed his love through his presence, his actions, and his charming smile and sense of humor.

He was preceded in death by his parents and by his brother, George Clayton, Jr. He is survived by his wife, Norma; his children, Holly and Robert; and his grandchildren, Kai and Naiya.

To order memorial trees or send flowers to the family in memory of Larry Nathan Holland, please visit our flower store.