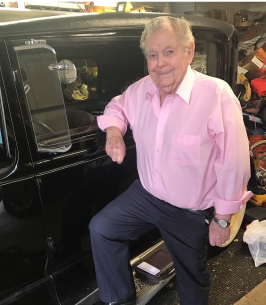 He moved to Fort Worth Texas in 1969 where he met the love of his life, Linda Janice Crump. They were married on February 14, 1971. They later made a home in Burleson Texas. He was a carpenter by trade. He worked for Stovall Construction Inc. for 43 years until he retired in 2019 as a construction superintendent.

Bob was a lifelong NASCAR fan. He enjoyed cheering for his favorite racers at TMS and attending local car shows. He found his dream car, a 1930 Model A and was a member of the Fort Worth Model A club for 16 years.

A Celebration of life will be held on September 18th at 11:00 a.m. in the Chapel at Hallmark Baptist Church
4201 Risinger Road, Fort Worth, Texas
To order memorial trees or send flowers to the family in memory of Robert Allen Houst, please visit our flower store.