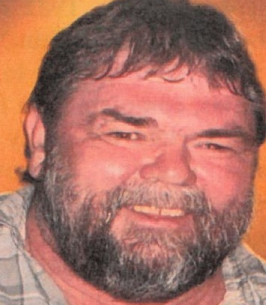 Memorial service for Michael James Jackson, 59, of Grandview, Texas will be conducted at 3:00 P.M., Saturday, August 1, 2020 at Rosser Funeral Home Chapel in Cleburne, Texas. Visitation will be from 2-3:00 P.M., at the funeral home, prior to the service.
Michael James Jackson was born January 31, 1961, in Corydon, Iowa, the son of Ruth Luett (Quick). He attended Marengo High School and was united in marriage to Kimberly Sue Glandorf on September 18, 1982 at St. Paul Lutheran Church in Williamsburg, Iowa. The family welcomed daughter, Amanda, later that year. After moving to Texas in the summer of 1984, their son, Travis, completed the family in December of that same year. Mike worked for many years as a carpenter before founding and running his own remodeling and construction business. It’s joked that Mike drove more nails, caught more fish and drank more beer than most men alive! Mike enjoyed vacationing in Colorado, visiting family in Iowa, hunting, fishing, and all things outdoors. But most of all Mike enjoyed spending time with his family and attending his grandchildren’s sporting events. Mike passed away peacefully, in his sleep, Sunday, July 12, 2020, at home in Grandview, Texas, at the age of 59 years.
Mike is survived by his wife: Kim of Grandview; Mother: Ruth (Richard) Luett of Canyon Lake; one daughter: Amanda (Dean) Morgan of Bulverde; one son: Travis Jackson of Grandview; brother: Howard Jackson of Cyprus; sister: Tanya Jackson of Fort Worth; 3 grandchildren: Trey, Leighton and Ruby Morgan. Also surviving is his mother-in-law: June Glandorf of Williamsburg, IA; two brothers-in-law; Steve (Liisa) Glandorf of Georgetown and Todd (Teresa) Glandorf of Round Rock and many nieces and nephews. He was preceded in death by father-in-law Derald Glandorf, brother-in-law Pat Donohoe, and sister-in-law Lynette Donohoe.

To order memorial trees or send flowers to the family in memory of Michael James Jackson, please visit our flower store.