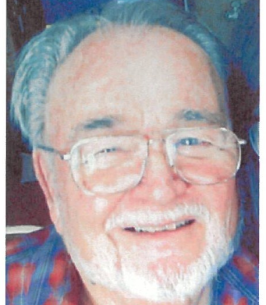 On March 10, 2021, James Larry Jenkins, Sr., 77, died peacefully at home surrounded by family and friends. Larry was born August 1, 1943, in Cleburne, Texas and was a graduate of Cleburne High School (CHS). He married the love of his life, Mary Regina Reed, on December 29, 1961 in Cleburne.
In 1981, Larry retired as a Tech Sergeant from the United States Air Force after serving his country for 20 years. He served during the Vietnam War, and then served at home in Oklahoma, California, Holland, and Texas. After retiring from the Air Force, he had a career as an information systems manager for Tree of Life South West and Johnson County Courthouse.
Larry was a true Patriot who loved the Lord, church, woodworking, dogs, and travel. He was extremely passionate about helping the less fortunate in the area. He loved talking politics and piddling around in the backyard shop. But more than anything, he loved his family and friends.
Larry’s dedication and love for his wife, Mary, was known by all. They spent 60 years together building a life and family.
He is survived by his wife, Mary; his three sons, James Jenkins, Jr. and wife, Michele, of Snyder, Texas, Cliff Jenkins and wife, Kristi, of Cleburne, and Erin Jenkins and wife, Christie, of Grandview, Texas; eight grandchildren; and six great grandchildren.
He is preceded in death by his parents, Alvis and Una Jenkins; one sister; grandchild, Jena Christine Jenkins and great grandchild, Max Owen Arellano.
Larry touched the lives of many people through his and Mary’s personal convictions to minister and support those in need.
Funeral services will be held at 2 p.m. Saturday, March 13, 2021 in the Rosser Funeral Home Chapel. Visitation will be held from 1 – 2 p.m. prior to the service and the casket will be closed at 2 p.m.

In lieu of flowers, memorials may be made to the Benevolence Fund at Cleburne Bible Church, 930 N. Nolan River Rd., Cleburne, Texas 76033.

To order memorial trees or send flowers to the family in memory of James "Larry" Jenkins Sr., please visit our flower store.