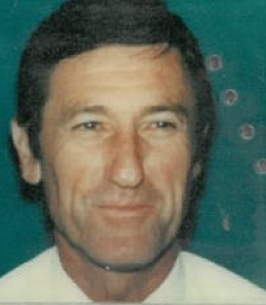 Mac Rae Johnson, 87, of Grandview, Texas was born September 4, 1932 to Richard and Faye Johnson. Mac grew up in the small town of Covington, Texas on his grandfather’s farm.
After graduation from Covington High School, he enlisted in the United States Navy. He was honored to serve aboard the U.S. Pittsburgh from 1952-1955. Every time they left port, he was excited to be sailing somewhere he had never been. Mac had wonderful memories of his travels and his fellow sailors. He was a life member of the U. S. Pittsburgh Association and served as president for five years. The week after he left for the Navy, Mac was invited to spring training for the Fort Worth Cats. He always said he missed his claim to fame.
Mac impacted the lives of so many young people. He mentored, befriended, and loved people of all ages throughout his well lived life. Whether he coached your baseball team, took you on a Boy Scout camping trip, or took you on hunting or fishing adventure, Mac enjoyed every moment.
He was the retired Postmaster in Itasca, Texas where he served for 30 years. Even on Christmas Day, Mac would go to the office to deliver last minute packages.
He was a member of Hillsboro Church of Christ.
Mac is survived by his wife, Barbara; son, Rick Johnson and wife, Emma, of Fort Worth, Texas; step-son, Adam Hughes and wife, Sheri of Grandview; grandchildren, Seth Maddox, Nicki Ballew, Josh Hughes, Angela Hughes Jarrell, and Harrison Froesckke; great grandson, Hudson Hughes; and special cousins, Jack, Rita, and Robin.
Private services will be held at Dallas-Fort Worth National Cemetery.
In lieu of flowers, donations in memory of Mac may be made to Hillsboro Church of Christ, 109 Crest Ridge, Hillsboro, TX 76645 or to the charity of your choice.
To order memorial trees or send flowers to the family in memory of Mac Rae Johnson, please visit our flower store.