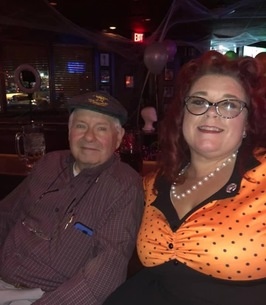 Graveside services for Ronald Keith Jordan, 79, of Arlington, Texas will be conducted at 2 p.m. Saturday, April 10, 2021 at Rosehill Cemetery in Cleburne, Texas. A visitation will be held from 11 a.m. to 1 p.m. at Rosser Funeral Home prior to the service.
Ron was born January 9, 1942 in Cleburne, Texas, the only child of Jack and Rachel Edwina Nelson Jordan. Ron passed away on March 19, 2021 in Arlington, Texas, where he lived most of his life. He graduated from Arlington High School in 1960 and then attended Arlington State College.
Ron began his career as a graphic designer for LTV Corporation and worked for them through the many changes in the aerospace industry which resulted in the name change to Lockheed Corporation in Fort Worth, from which he retired a few years ago. For a time he ran a food truck and also worked part time at the Kimbell Art Museum where he made many friends. He was a member of the First Presbyterian Church of Arlington.
Ron had many hobbies and enjoyed his collection of antique furniture, clocks, guns, coins, and old cars. He also enjoyed traveling. His travels included European river cruises and berths on the Orient Express. He visited Russia and Germany multiple times, but his favorite destination was probably Alaska. Ron enjoyed sharing with friends and relatives his plans for a retirement home on the mountainside overlooking Anchorage.
Ron was preceded in death by his parents, of whom he was always a faithful caretaker, and by his grandparents, aunts and uncles, several cousins, and by his close friend, Nelson Parker.
He is survived by his special companion and traveling partner, Mary Woods, as well as multiple cousins and friends.

To order memorial trees or send flowers to the family in memory of Ronald Keith Jordan, please visit our flower store.