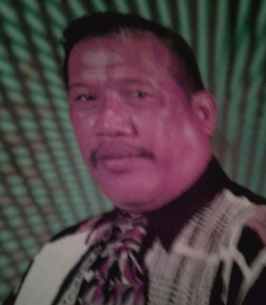 Elmo Kabjor, 68, of Keene, Texas passed away Tuesday, February 2, 2021 in Fort Worth, Texas.
Mr. Kabjor will lie in state at The Marshallese First Assembly of God Church beginning at 4:00 p.m. Thursday, February 18, 2021. After a funeral service at the church on Saturday, February 20, 2021, he will be buried at 3 p.m. in Rosehill Cemetery.
Mr. Kabjor was born in The Marshall Islands on December 9, 1952, the son of Roseann Neijor Kabjor and Kanki Amlej
Mr. Kabjor was a teacher and also a principal.
He was a member of the Marshallese Assembly of God Church and read the Bible and many other books.
Mr. Kabjor was preceded in death by his parents, two brothers, and on sister.
He is survived by his wife, Rehab Amon Kabjor; children, Ready August and husband, Darren, Bolinej Elanzo and husband, Lawrence, Ruben Kabjor and wife, Agustine, Reemo Kabjor and wife, Sonya, Edison Kobjar and wife, Rostina, Antony Kabjor and wife, Jemor, Lincoln Kabjor, Bailey Enne (adopted son) and wife, Irene, Francis Namto (adopted son), and Ann Anni and husband, Rodney; eight brothers and seven sisters; 20 grandchildren and two great grandchildren.
To order memorial trees or send flowers to the family in memory of Elmo Kabjor, please visit our flower store.