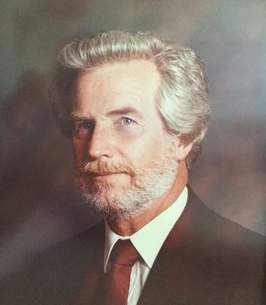 Robert Edward “Bob” Kandt, 90, of Cleburne, Texas passed away on Tuesday, April 28, 2020 to be reunited with his beloved wife, Shirley. He will be remembered as a loving husband, father, grandfather, and friend that made the most of each day and touched the lives of so many with his compassion, wisdom, and wit.

Bob was born on October 16, 1929 in Detroit Lakes, Minnesota to Lydia (Kiecker) and Edward Christian Kandt. He graduated from Detroit Lakes High School and attended the University of North Dakota in Grand Forks.
Bob married his sweetheart, Shirley Petersen, on June 11, 1951 in Wahpeton, North Dakota. She preceded him in death on May 17, 2010 after 58 years of marriage.
Bob was owner and operator of the Ben Franklin Variety Store in Cleburne for more than 40 years until his retirement in 1993. He also served his country in the U.S. Army during the Korean War. Throughout the years, he served as President of the Cleburne Chamber of Commerce, was a member of the Board of Directors at First National Bank, was a member of the Pinnacle 50 Club, and was a devoted attendee of the “Coffee Club.” He was a founding member of Ascension Lutheran Church in Cleburne, where he served as an Elder and was a member of the Seekers Bible study group.
Survivors include his daughter, Rebecca Roe, and her husband, Robert, of Cleburne, Texas; grandchildren, Ryan and Garrison Roe; one sister, Lorraine Schneider, and her husband, Charles, of Spokane, Washington; and many other relatives and friends. Bob was also preceded in death by his parents, Lydia and Edward Kandt; his wife, Shirley Kandt; his brother, Milford Kandt; his sister, Myrtle Roberts; and his son, Jeff Kandt.
Memorial services will be conducted at Ascension Lutheran Church at 3PM on Friday, May 1st. For those wishing to attend in person, please RSVP via email to Kandt.Funeral.2020@gmail.com or contact a family member in order to facilitate compliance with occupancy limits and social distancing guidelines. For those wishing to attend virtually, a live stream video will be posted to the Facebook page of Ascension Lutheran Church.
In lieu of flowers, donations may be made to Next Generation Preschool at Ascension Lutheran Church, 205 S. Ridgeway, Cleburne, TX 76033.

To order memorial trees or send flowers to the family in memory of Robert Edward "Bob" Kandt, please visit our flower store.